It took much longer than I thought it would be Butch Jones has released the depth chart for Sauturdays game against USF and for the first time in a while there are some changes.

The full depth chart is available for your perusal after the jump. 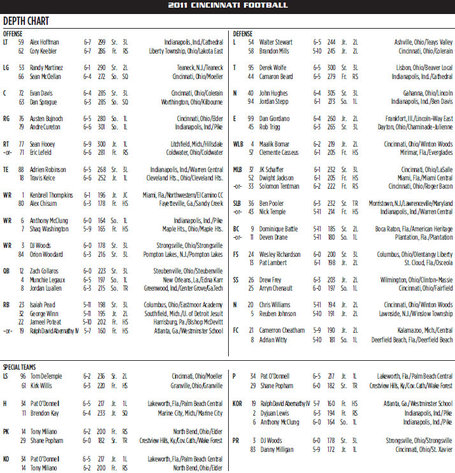