Can We Stop With The Stoner Based Munchie Legaux Puns Now?

Share All sharing options for: Can We Stop With The Stoner Based Munchie Legaux Puns Now?

I thought for sure that the most annoying thing about this particular game week would be the incessant how can you possibly win without Zach Collaros questions. Well its tuesday and much to my surprise and delight that storyline has yet to materialize in any robust form. What has materialized instead is an incesant desire to jam the name "Munchie" into any number of terrible puns and jokes. For example. 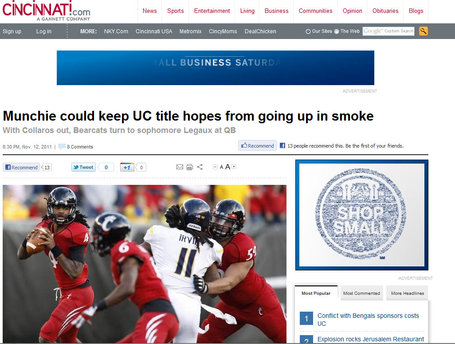 And as the punchline to a joke, I think 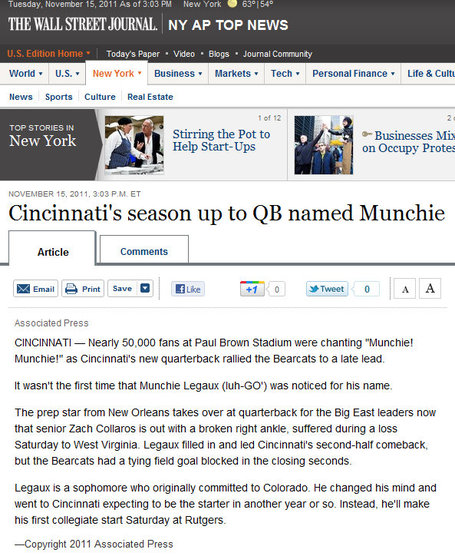 And of course Bill Koch can't even manage to get the pun right. In fact he can't manage to get a sentence right. No surprise there. 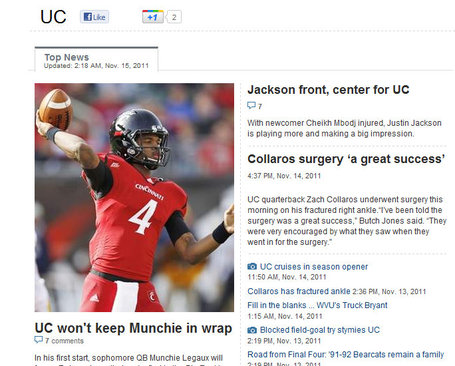 And it's not just restricted to the headline writers either. These 40 and 50 year olds can't resist throwing in a good weed reference. Here is a gem from Bill Koch, noted lazy piece of shit and world class asshole, taking great pains to make sure the words "high" and "Munchie" appear right next to each other.

"He’s much more physically gifted than I am, pretty much in all aspects. He has a very strong arm. He can run the ball extremely well. He’s very athletic….I’ve always been really high on Munchie and his ability. He’s a very hard worker and he’s going to do fine."

I mean I can practically hear these old ass people chuckling to themselves writing this shit thinking they are clever. It's like reading your parents trying to tell a dirty joke at a party. Its never funny, it just makes you feel bad for them. The world has passed them by and they don't even realize it. So this is me calling for a moratorium on weed based Munchie Legaux puns. They are starting to get annoying.