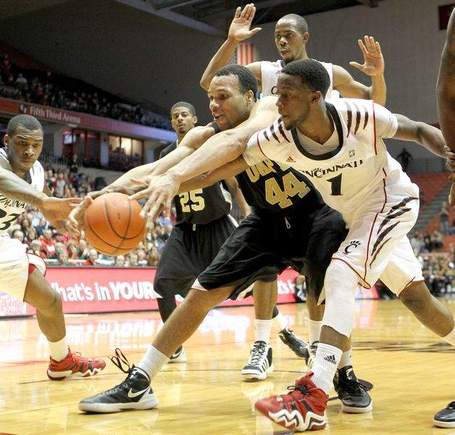 This team is fun to watch now. Like legitimately blow off your wife and/or girlfriend for two hours in the mancave fun. I don't know why it happened, but everyone knows when it happened. I never in a million years thought that the reaction from Mick Cronin following the crosstown punchout would be to become a Basketball liberal. But damn if it isn't really, really good fun.

APB sucks, they will suck for the rest of the year two and will probably be the bane of the Bearcats RPI for the rest of the year. Well them an Chicago State and Alabama State oh and Jacksonville State....Moving on. This stretch of games isn't really going to tell anyone a thing about the Bearcats team, particularly the young guys. Because everyone is playing in a risk free environment, particularly the young guys. The talent gap is so big between UC and these teams that taking the game as anything more than an individual data point is ridiculous. Still its nice to see Jermaine Sanders, Kelvin Gaines and Jeremiah Davis are visibly gaining confidence with each new game. But until the Oklahoma game a definitive verdict on the new style of play can't be reached.