Share All sharing options for: Bearcats personify Chaos Theory in 58-46 win against Georgetown

Chaos Theory: the study of unpredictable and complex dynamic systems that are highly sensitive to small changes to external conditions

I can't fathom a more complete explanation of what transpired tonight in the Verizon Center. UC scored 58 points on the night, which is right on par with what this team has been producing offensively in Big East play. The Providence and DePaul games have certainly inflated the average. But this is right where UC plays and wins games on offense. High 50's to low 60's is the money spot for this team.

The offense certainly shot the ball well enough 42 per cent from the field and a massive 50 per cent mark from three. Cashmere Wright protected the ball well enough, just two turnovers in 31 minutes running the show. The offense was OK, but it wasn't the reason why this team controlled the game for 30 minutes. The defense tonight was simply sublime all game long. You don't hold the best shooting team in the conference, arguably the best in the country to 25 per cent shooting from the field and 21.7 per cent from three by coincidence.

This was the best defensive performance by a Bearcat team in the Cronin era. There have been some absolute slaughters in Cronin's years, UC hasn't exactly played a brutal schedule in the non conference, and given Cronin's love of all things defensive the Cats have shut down people before. But the stakes this time were higher, the opponent was better and the degree of difficulty of having to shut this Hoya team down in that building to have a chance is unmatched.

This performance was all about the zone defense. UC went to the zone for the first time that I can recall on the last possession of the Providence game and rode it to that stellar over time demonstration. They came out in it from the start tonight and it was spectacular. Cronin is a press advocate, obviously. The results are hard to deny in the course of the season. The Bearcats are one of the best defensive teams in the country this year, and the numbers bear that out. But that doesn't mean that there haven't been issues with the pressure. One of the biggest issues with the press is the transition from the 2-2-1 zone full court press to the man to man pressure principles that Cronin adores. People lose assignments, they don't set up the half court defense and there can be pretty noticeable lapses in communication when they switch screens. Those are things that have been issues for most of the year, but have been really noticeable in Big East play.

Tonight UC played zone from the onset. They extended the pressure full court and when the Hoya guards entered the front court the zone would simply compress into a 2-3 zone. Georgetown barely got any easy buckets tonight because those simple transition opportunities which have plagued UC all season long didn't happen. The constant disruptive pressure was really crippling to what had been a finely tuned death machine of an offense. The front

With Chris Wright in the game this new approach to defense was causing the Hoyas no shortage of problems. The constant extension of the zone 4 and 5 feet beyond the three point line forced the theater of operation further and further up the court. They couldn't get much of any penetration because UC would trap at random times with random defenders anytime they tried to penetrate the lane. The first half result was a lot of the guards passing the ball around up top and taking very long, very contested jumpers. Not a recipe for success. Oh, and turnovers. Yeah turnovers. UC forced the Hoyas into 12 of them against 8 assists. When Chris Wright broke his wrist and left the game things went from bad to unmanageable pretty quickly. Without that steady pair of hands to keep things ticking over on time and in rhythm the Hoya offense devolved to a lot of iso looks and contested shots. John Thompson III talked about UC's active hands in the run up to the game. But usually those active hands are in man to man, tonight they were in zone and they were devestating.

UC was disruptive early in this game. They jumped out to that lead, and took pretty decisive control of the game within about 10 minutes of the tip. and that is something that I have seen this team do before, the example that jumps immediately to mind is the Villanova game. But UC couldn't maintain that at the Pavillion, eventually they regressed to the mean. They didn't do that tonight. UC continued to apply the same kind of pressure for 40 minutes. The Georgetown offense was a known entity, they had clearly delineated and easily defined characteristics. By the time the final horn sounded the well know, well defined Georgetown Hoya team looked distorted and corrupted by the chaos wrought by the relentless work of the UC defense. And that is chaos theory in a nut shell. The Bearcats afflicted the Hoyas with their own influence, which is something that was completely foreign and disruptive to the way they want to play. UC distorted a well known quantity and made it into something fairly recognizable, if just a bit off. Again that is nothing new, what was new was the Cats continuing to inflict their influence onto this Georgetown team to the very end of the game.

This is Georgetown on Wendsday afternoon 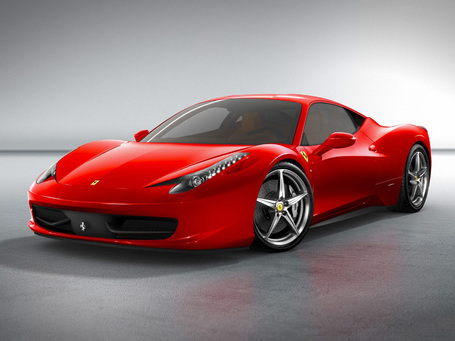 This is Georgetown Wednesday night 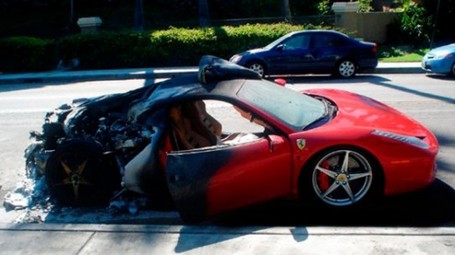