Deyshawn Bond Add His Name To The Bearcats Roll

Share All sharing options for: Deyshawn Bond Add His Name To The Bearcats Roll 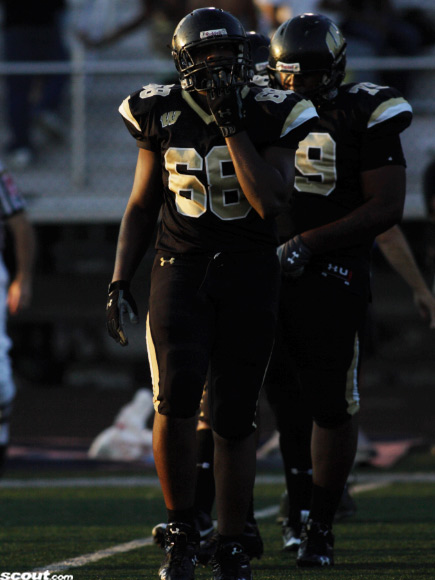 Well it has certainly been an eventful day for the UC coaching staff. Deyshawn Bond, an Offensive Guard from Warren Central High School in Indianapolis committed to the Bearcats today. It's the second commit of the day, the second offensive line commit of the day as well and the fourth Warren Central Warrior in this class to cast his lot with the Bearcats. Of course the other Warriors already on board are Dionte Buckley, Jonathan Burt and Josh Posely. More info and highlights after the jump.

Bond is alot like Williamson in that he plays tackle for his high school team, but will be a guard all the way in college. He is a very good athlete for an offensive lineman with quick feet and pretty good lateral quickness. He doesn't have bulk in excess and will take the requisite red shirt year as a freshman. But because UC is an inside/outside zone team as opposed to a gap team in the running game he is a great fit. All in all another solid prospect for the offensive line.