Introducing The Down The Drive Ring of Honor

Share All sharing options for: Introducing The Down The Drive Ring of Honor 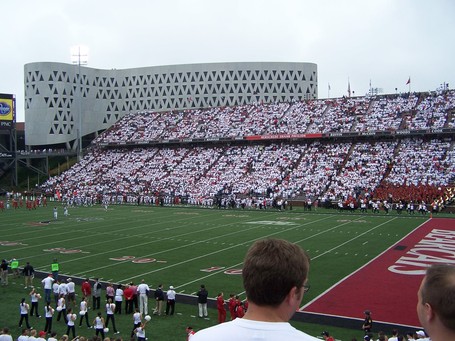 I don't know about you, but I kind of have a problem with Nippert Stadium's Ring of Honor. As of this moment there are 14 names enshrined on the facade of the Herschend-Shank Pavillion. I don't have a problem with the names up there now. Those are some of the best players in program history. They all made their mark's and deserve to be recognized. But there have been other great Bearcats, guys who have left marks on the program, guys who are very memorable players that have been left off the list because the process is archaic and really doesn't make sense to anyone. They have changed and tweaked the qualifications so many times that I really don't have the faintest clue what a guy has to do to get his name on the wall. So we here at Down The Drive have decided that we are going to do our own Ring of Honor. I know it is not quite the same as seeing these names strung across the facade of the Pavillion. But it's happening anyways. Why you might ask? because it needs to happen.

The rules are very simple and are as follows.

All clear? Then lets get this started, leave your nominations down below