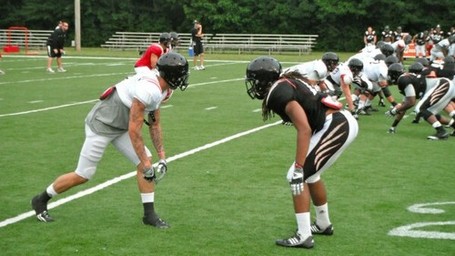 Today was the weekly Big East coaches conference call. It is usually just a grand exercise used by the coaches to polish up on their Coach Speak. Obviously Butch Jones, being a master of coach speak, doesn't give up the game very often. But occasionally he lets some actual news see the light of day. Today was one of those days. Jones announced that Deven Drane will start Saturday's contest with the Govenours of Austin Peay. Those who have watched things closely will note that Drane was always exceedingly likely to start. He pulled ahead of Battle during camp. Other notes

Listen to the entire teleconference here.