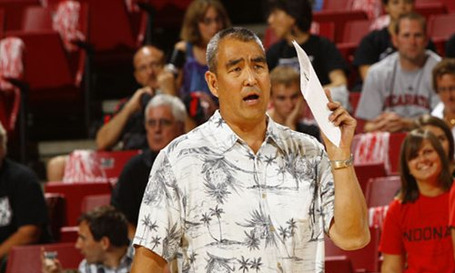 I don't often devote a ton of time to the non revenue sports that the Bearcats take part in, mainly because I don't know enough about sports other than Football or Basketball to fake my way through it. Today I make an exception because one of the most successful UC coaches of the last decade is leaving Clifton (and I know a little bit about Volleyball). Reed Sunahara has been at the helm of the Bearcats Volleyball team since 2000 and has overseen the best run in program history.

In his years as the head coach the Bearcats have compiled a 289-109 record, winning 20+ matches in 11 of the last 12 seasons. Sunahara's Bearcats have won 5 conference regular season championships (2000, 2001, 2003 C-USA; 2008, 2010 Big East) and just this past year captured the program first Big East Tournament Championship this season. The Bearcats have been in and out of the national polls during Sunahara's tenure. The Bearcats have made the NCAA tournament three years running. This season's team lost in the second round to Florida State who went onto the final four.

In short Sunhara has built up the UC volleyball program to the highest level it's been. UC isn't quite on the same level as the UCLA's Penn State's and Stanford's of this sport. But the Bearcats have become a power on a regional level and that's quite a legacy for Reed Sunahara to have created.