Share All sharing options for: Dennis Norfleet Flips From Cincinnati To Michigan 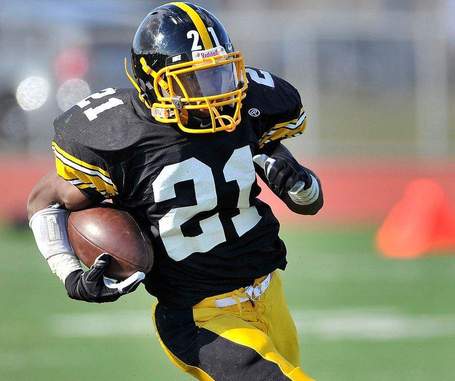 One of the unfortunate things about signing day is that nothing is certain until that name comes out of the fax machine. That definitely rings true for Bearcat fans this morning. Dennis Norfleet one of the best running backs in the country and a Cincinnati commitment since August has flipped from Cincinnati to Michigan.

After receiving a last-minute scholarship offer from Michigan, the four-star running back out of Detroit (Mich.) King is no longer committed to Cincinnati, and has decided to attend school in nearby Ann Arbor while playing football for the Wolverines.

It sucks but its part of the business which everyone understands. Afterall the Bearcats just flipped Caleb Stacey from Michigan for essentially the same reason. A desire to stay close to home.

With that being said, Norfleet made up his mind he was a Michigan man, and put in the call to Cincinnati coach Butch Jones to tell him the news. Norfleet described it as the toughest thing he’s ever had to do.

The Bearcats still have commitments from three other running backs including Ti'on Green, Aaron Harris and Deionte Buckley.