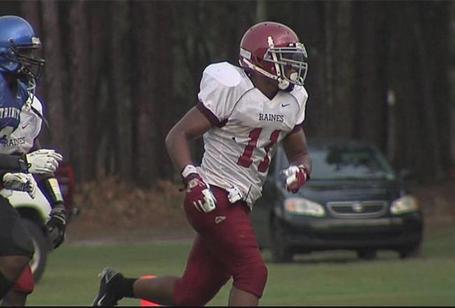 This is according to multiple outlets who have reported the same thing.

Spoke to the father of 2012 3-star LB Kenneth Bynum today. Said they have come to a decision between UT and Cincy now.

With Bynum's decision the 2012 class will officially be in the books. Not that it isn't already, the staff has certainly moved on to the class of 2013.

To be sure this has been a weird case. If you recall Bynum was a UC commitment for months before getting an offer from the Vols on the day before signing day. That led to Bynum pushing back his signing to take a visit to Knoxville which he apparently liked quite a bit.

But it has been two weeks since signing day and no decision has been made. The speculation surrounding this all has been flowing fast. The dominant narrative, one that I have heard from three different people in the past week, is that the Bynum's disagree on which school to attend. Keep in mind that a players parents/guardians do have to sign off on the decision. Literally. Their signatures are required on the both the Letter of Intent and the Grant in Aid papers. I have no idea who's on which sides of the issue, I have heard it both ways. I have no idea where he signs. My guess is that it's 50/50.