Dion Dixon Thrives In the Cincinnati Bearcats Must Win Situation

Share All sharing options for: Dion Dixon Thrives In the Cincinnati Bearcats Must Win Situation 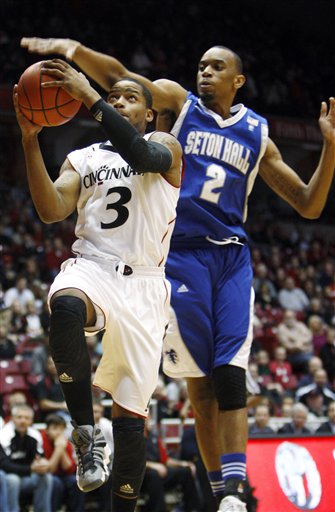 Dion Dixon: "I think we're still in a must-win situation. Early in the season we had some tough losses that don't look good on our resume."

That was what Dion DIxon had to say about the Bearcats tournament chances after the game. If Dixon thinks that now he must be accutely self aware of the flaws in the Bearcats Resume. He certainly played like a man who is trying to erase those blemishes one by one. Like a man who knows that his career is coming to an end in a couple weeks and wants to extend the party for as long as he can.

Dixon poured in 20 points to lead all scorers in the game. He didn't shoot the ball particularly well. But then again he hasn't shot particularly well this season in the first place. But he makes up for it by hitting timely threes and most importantly getting to the line. Dixon had 10 free throw attempts and made 8 of them. That's how he scores now. Hitting the occasionally three and getting to the line. He has 125 FTA's this year. Sean Kilpatrick is 2nd in FTA with 72. But it wasn't just his free throw rate today. He did it all. 6 boards, 2 offensive, 5 assists, 1 steal and 2 blocks in 39 minutes of play. That's the line of a man who doesn't want his career to end. Who wants to play deep into March. If he keeps playing like this that might just happen.