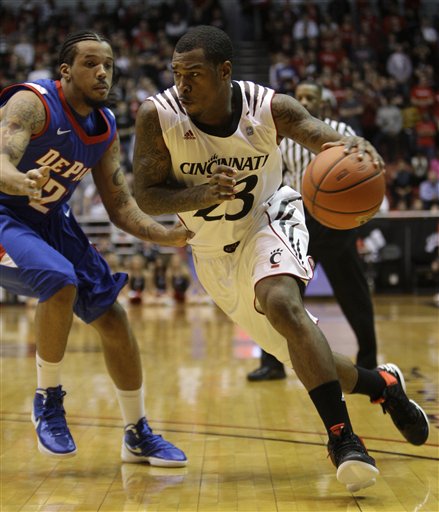 It's hard to be a nitpicker when your team wins for the first time in two weeks. That point conceded this still wasn't a vintage performance from the Bearcats. They shot the ball at a 45 per cent clip from the field, which is more or less average for this group, but just 20 per cent from three. That is way worse than average. As per usual Cashmere Wright and Dion Dixon did the majority of the damage to that three point shooting mark going a combined 1 for 8 from deep. I wasn't really impressed with the offense but I was impressed with the win, given the circumstances.

The defense in the second half was generally excellent after being atrocious in the first half. This group still struggles, at times, against teams that push the ball quickly in transition. It has been a problem with this group for the last two years. But most teams haven't been able to take advantage of that this season because UC has shot the ball so well. That really didn't happen today. DePaul was +4 on the glass and pushed the pace all night. For the most part the transition defense was good. But there were some fast breaks where they the Blue Devils just dusted UC down the court for easy buckets.

The win was good but you can't get too carried away because DePaul is such a bad team. Still this win does have value, not on the tournament resume which is still needs work. But the Bearcats desperatly needed to staunch the bleeding. This win is good enough for that purpose.