The Lindner Center, Bad Debt and the Future of the Cincinnati Bearcats

Share All sharing options for: The Lindner Center, Bad Debt and the Future of the Cincinnati Bearcats 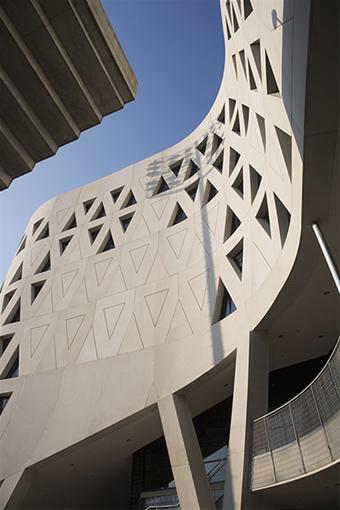 Yesterday I was reading the excellent Swiss Ramble, a website dedicated to shining bright lights into the fiscal dark corners of European Club Football. More specifically I was reading this post setting the record straight about the Spanish Giants Barcelona and Real Madrid and their supposed runaway debt. The specifics are irrelevant, the main thrust of the pieces are worthwhile particularly for a Bearcat fan. Those points being that all debt is not created equal. There is good debt and there is bad debt. The Cincinnati Athletic Department has little of the former, plenty of the latter.

Now if you have found this little corner of the web chances are that you are well versed about the issues facing UC. So with that in mind I won't waste too much of your time explaining why here. Instead here are the numbers* and a graphical representation

* All data from the USA Today database

Since 2004-05 the Athletic Department has averaged a loss of around 4 million dollars a year. There is a reason for the constant losses over the last 6 years. For the first three years on the graph above UC was transitioning from Conference USA to the Big East.

The biggest expense during that period was the construction of Varsity Village which was estimated at around 105 million dollars but wound up costing slightly more than 110 million. The problem being that it wasn't fully paid for. Roughly half of the price tag was provided via fund raising, the rest was financed. The fact that it was financed isn't the issue, the issue is that there was no backing to it.

The same thing happened with the Sheakley Athletic Center. Only about half of the 15.5 million dollar price tag was in hand when the construction started. The difference is that the rest of the money was already pledged, but not in hand. The department financed the rest but did so knowing that the pledged money would come in at roughly the same increments as the payments due. In effect the department paid comparatively little of the price tag for the Sheakly Athletic Center. Mike Thomas is a terrible Athletic Director but he is a great accountant.

Back to Varsity Village. My biggest problem with it is that it only went halfway by addressing the facilities of every sport except the ones that actually make money. It's a 110 million dollar architectural statement (and a gorgeous one at that) but it doesn't do a thing for the bottom line and the cost of financing the debt is a bit onerous for an athletic department that has become synonymous with the phrase "cash strapped." Last year** UC paid 6.5 million on the debt and owes 13 million this year. Barring the discovery of Cincinnati's T. Boone Pickens or Phil Knight, or the conference move that shall not be named (for a few paragraphs), the Lindner Center will be a source of payment well into the next decade. All of which is bad debt, or at the very least unproductive debt. Returning to the debt post from the Swiss Ramble I offer up this quote about Manchester United and their debt. Its really the paragraph that sparked this post.

The really annoying thing for United fans is that this is still unproductive debt. While clubs like Chelsea and Manchester City have used their debt to fund the purchase of better players and Arsenal used theirs to build a new stadium, United’s debt was only used to enable the Glazers to buy the company.

If you wanted to do so it would be very easy to view the Linder Center as the price of admission to the Big East, and in some respects, to a certain limited extent it performed exactly that role for the Athletic Department. But now the department is still paying, and will continue to pay, the entry fee to a conference that doesn't really exist anymore.

The Lindner Center was basically a bet, a bet to get UC into the Big East where the higher revenues would enable the department to parlay those new found revenue streams into paying off the cost of the initial bet. In short it was a gamble for stability, and it was made just a few years before the intercollegiate landscape was enveloped in pure unadulterated chaos.

The Big East has been a great thing for Cincinnati. You would be hard pressed to argue that it hasn't been. But the jury is definitely out on whether or not the new look, continent spanning Big East will continue to be so. It isn't exactly a secret that UC was frantically searching for a lifeboat when Pitt and Syracuse decided to jump ship, and UC remains open to any possible lifeboats floating their way (read: Big 12), but there is a rub.

Any move to the Big 12 will almost certainly mean committing to upgrades and renovations of Fifth Third Arena and Nippert Stadium. Now those are projects that need to get done with or without the Big 12 as a possibility. Football and Basketball are profitable now.*** However there is a big difference between being profitable as an individual sport and being a profit center for the department as a whole. Basketball and Football can continue to turn profits playing in stadiums that are 20 years old and tapped out as revenue sources, but that isn't in the long term interest of the department because they can't support much more than themselves in the Nip and Fifth Third.

The truth of the matter is that for Cincinnati to have a self sustaining athletic department Nippert Stadium and Fifth Third Arena have to be renovated. The cost will be high, probably around 150 million dollars to do both right but it is something that must be done to set the department up for the next 20 or 30 years. That fact is what makes the Lindner Center look so short sighted and borderline stupid. Without tackling those two issues the future starts to look pretty grim for the Bearcats. It's a wonder no one seemed to realize this a decade ago when the powers at be decided that 15 year old stadia would surely do the trick in the Big East and beyond. Its a mistake that Whit Babcock will have to work diligently to rectify.