Daniels came to Clifton as a reclamation project, and he made good on his second chance. Daniels is a Columbus native (Brookhaven High School) who went to Minnesota where he played all over the place on defense, and even as a tailback for a couple of games. But he was dismissed for his role in an off the field incident and Brian Kelly gave him a chance.

Daniels had to pay his own way while he sat out his transfer year before Kelly would put him on scholarship. When he did get on he found himself way down the depth chart of a stacked defensive line. He really broke out in 2009 when UC switched to a 3-4 Daniels came into his own posting 8.5 sacks and 11 TFL. Daniels and Ricardo Matthews really keyed a defense that exceeded all expectations. 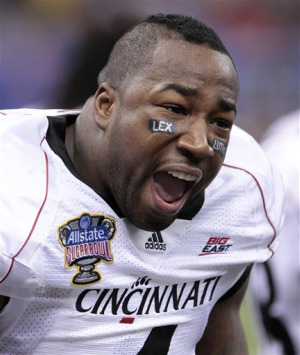