While the "rivalry" may not be as strong as it once was, the Battle for the Victory Bell provides us with a great opportunity to make a quick 40 mile drive and fly the Cincinnati flag in enemy territory.

Over the past seven seasons, the Bearcats have posted the longest winning streak in this series history, with a combined score of 277-70. With two football programs moving in opposite directions for the better part of the last decade, some might consider this a game worth passing on. As huge fans of the Bearcats and tailgating, we wouldn't miss it for the world!

With an incredible turnout of Bearcats fans in Champaign, IL, two weeks ago, we're confident that this week's tailgate will be another show of force. Here are some basic details for Bearcats fans making the trip to Oxford to see our team extend the series winning streak to 8: 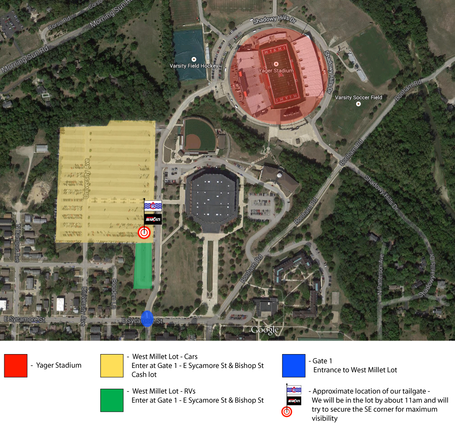