One of the biggest questions coming into the season was how the Bearcats offense would look. The main question being would Eddie Gran revert to the roots he displayed last year when the Bearcats unsuccessfully tried to meld an offense that was part one back spread, part power. After one game the answer is a pretty emphatic no.

Gunner Kiel spent the majority (33) of his snaps in the gun with one running back beside him. Hosey Williams (17) and Tion Green (14) were the usual backfield partners of Kiel. Rod Moore, who had three snaps overall, had two in ten personnel sets.

Let's take a lot at some of the formations that the offense went to last week while Gunner Kiel was the Quarterback. 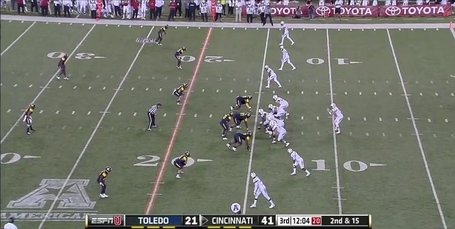 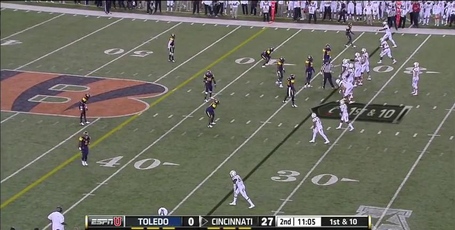 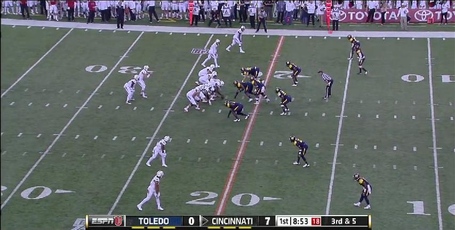 While in this formation, Kiel hooked up with Alex Chisum, Nate Cole and Max Morrison for touchdowns. Tion Green also ran for is lone score of the day in this set. 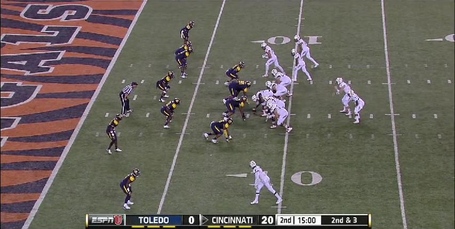 In the picture above, Kiel found Chris Moore in the endzone pushing the lead to 26 points. 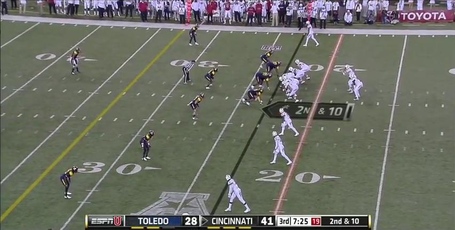 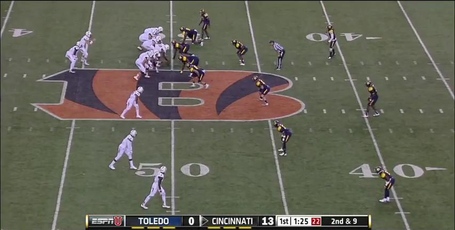 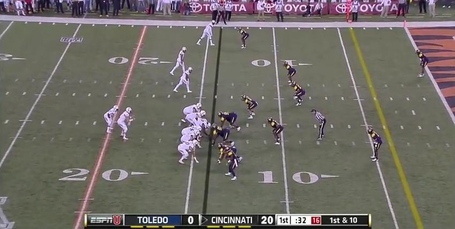 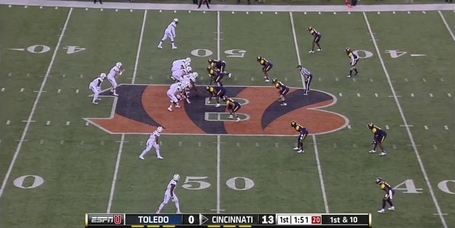 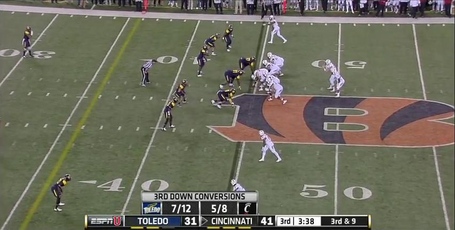 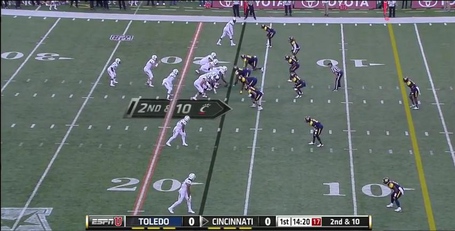 Kiel had success in this formation as well. Mekale McKay and Shaq Washington were on the receiving end of touchdowns in this look. 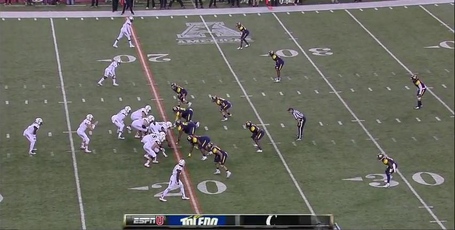 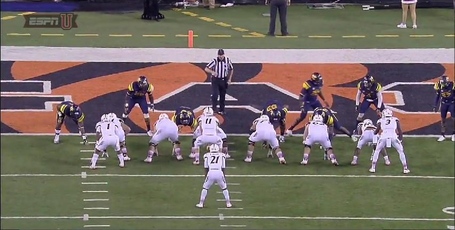 As you can see, the personnel for this set is a bit unusual. 193-pound WR Nate Cole is lined up as the tight end on the right, while Ralph David Abernathy IV and Johnny Holton are lined up as wing backs. Alex Chisum, who is not seen above, is out-wide to the left. The reason for awkwardness is because the play prior to this was a long gain by Johnny Holton, who fumbled. The Bearcats rushed to the line to avoid a review. Despite scurrying to the line, Rod Moore was able to find his way to the endzone on this play for a two-yard score.

The Bearcats also had two different looks when Jarred Evans entered the game. Evans ran the offense in the gun with a 2x2 and 1x3 set. In both plays, Evans took the snap for designed QB runs.

Lets take a look at where the offensive skill players lined up during Cincinnati's 58-34 win in the first game of the year.

Taking a look at the numbers in the chart above and a few things stand out.