What changes have made their way to the Cincinnati Bearcats depth chart ahead of the Bearcats game with the Miami RedHawks? 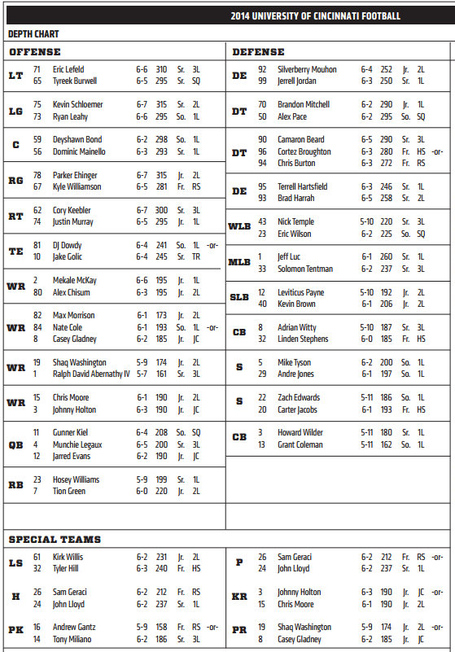 No real changes of note for the Bearcats as the depth chart looks almost identical to the ones that the Bearcats posted before the Toledo game. The positions to watch for the Bearcats are all upfront. Deyshawn Bond and Cory Keebler are question marks for this game, both were knocked around in the Toledo game. Of the two I think that Keebler is more likely to play, but even he isn't a lock. It will be interesting to see what happens if Keebler is held out. Would Darrin Hiller start Justin Murray at tackle (next man up) or would he slide Parker Ehringer back over to right tackle and elevate Kyle Williamson to the starting right guard spot? I guess we shall find out.

In other news keep an eye out for Andre Jones, the likely replacement should Mike Tyson struggle with his assignments and eye discipline against the RedHawks. Other than that I don't foresee any major changes to the Bearcats defensive depth chart. 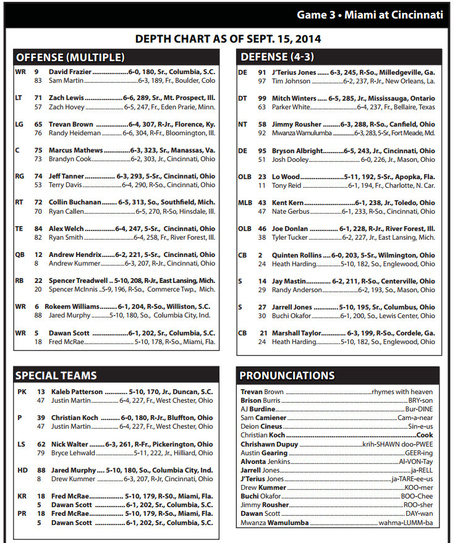