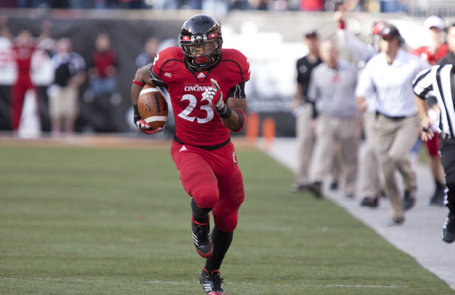 In a game that had more than its fair share of flat out weird and fluky plays there was no shortage of weird and fluky statistical outcomes. Several players, on both sides of the ball, produced stellar individual performances. But in the end this game came down to special teams. One week after UC won a game on the strength of the kicking game they fell short..

More after the jump

Let's start with the targeting data

This is really simple. Pat O'Donnell good, everyone else bad.