Rolling Through The Roster | 11 Shaquille Thomas

Share All sharing options for: Rolling Through The Roster | 11 Shaquille Thomas 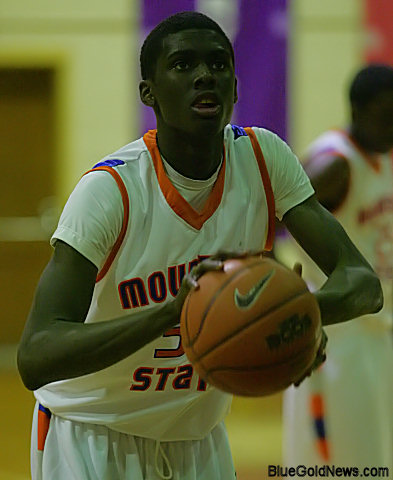 Thomas is a New York (Paterson, New Jersey to be precise) area product who has spent some time at a couple different prep schools including Mountain State in West Virginia. He played his last two seasons at NIA Prep in Newark. Last year Thomas averaged 28 points and 8 assists per game in 2011. The scouting services considered Thomas to be a 4 star player.

Thomas is likely to be red shirted in 2011. That wasn't the plan originally, but the NCAA has investigated NIA Prep and Thomas has wound up ensnared in the investigation. When it was first announced 6 former NIA Prep athletes were rule ineligible by the NCAA. Thomas successfully appealed the original decision and had the punishment scaled back somewhat. He will be on scholarship in December but will be red shirting the 2011-12 season and will be good to compete next season.