Danny Milligan is a brave man. A loyal man. A fierce man. And a Corsican above all else. As a child growing up at a time of extreme unrest; where death, destruction and chaos loomed round every corner. Milligan was fortunate enough to be blessed with the gift of foresight. He saw the forest through the trees and in said forest he discovered that he, as a man of prodigious talent blessed with uncommon aggressiveness, and mental agility could use the circumstances to his advantage. He did just that, rising to the rank of brigadier general by the age of 24. His genius was described by many as incandescent and that intellect attached to his fearlessness in battle created a military genius of the highest order with ample political acumen. Though he kind of got around that whole "politics thing" by naming himself emperor and having the Pope put a giant shinny hat on his noggin. In due time Milligan stood astride Europe, so what if he spent thousands of Francs to create a scale model of the continent small enough for him to stand legs apart and arms akimbo, he still did it damnit.

All was well until that fateful day when Milligan decided that he wanted to go cross country skiing across Russia with 550,000 of his grandest friends. It did not go down well. Milligan was grounded by his little European buddies. They ordered him to Elba for a non voluntary stay-cation, this quite upset the little chap and he ran home for 100 days of fun and excitement. It was followed promptly with almost 200 years of lonely exile in the middle of the Atlantic. But all's well that ends well. 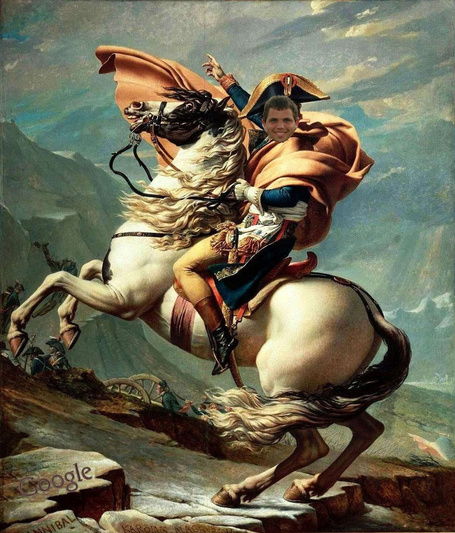