Cincinnati Bearcats Depth Chart for the Tennessee Game is Released

Share All sharing options for: Cincinnati Bearcats Depth Chart for the Tennessee Game is Released

As you would expect coming off of a 72-10 drubbing of Austin Peay, a team that was clearly and incontrovertibly out of their collective depths minimal changes have been made in relationship to last weeks depth chart. Presumeably the same 22 men that started last weeks game will start again, but you never know. Lets cover a few of the details.

The Depth Chart can be viewed in its entirety after the jump. 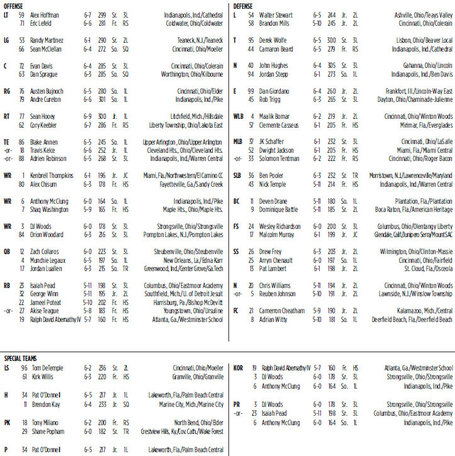