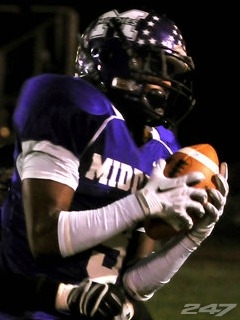 I think it is becoming clear that Butch Jones and the staff are very confident that they are going to be losing some current players to transfers and current commitments to other schools. There is really not other explanation for them taking on another commitment. But they have, from Mike Dyer

Edwards, who is 6 feet 1 and 180 pounds, was second-team all-district as a defensive back. He had 46 solo tackles, 23 assists, one interception and one forced fumble on defense during the regular season. He had 13 punt returns for 178 yards, 10 kickoff returns for 206 yards and eight receptions for 140 yards in the regular season.

Most recruiting services project Edwards as a Wide Receiver, but Edwards switched to safety this year, his first time playing the position on the Varsity level, and that is also where the Bearcats are taking him.