Share All sharing options for: Kyle Kempt Will Bring A World Of Experience To The Cincinnati Bearcats 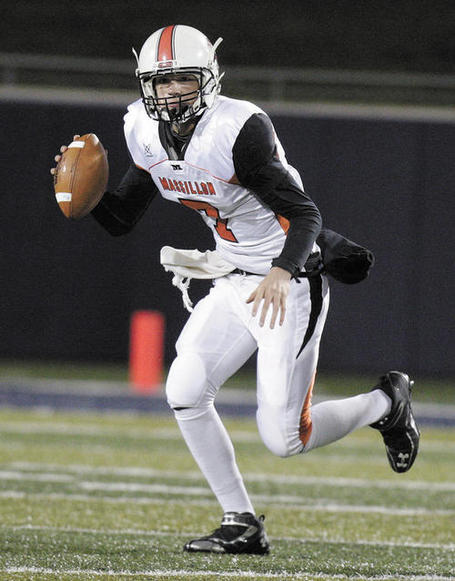 High School Football, unlike Basketball, is usually defined by constants rather than constant change. Most football players will spend four years in the same general system with most of the same coaches. Top players rarely jump ship to other schools. Even among those that do the frequency is much less than in Basketball which is in the midst of an epidemic of sorts. Kyle Kempt has had more of a Basketball experience than most high school Football players ever will.

To wit. Kempt is originally from Oregon, Portland in general, specifically Beaverton. He played as a Freshman at Aloha High School but moved to the Akron-Canton area when his dad transferred. They chose to enroll at Washington and Kempt has been the Tigers starter since the 4th game of the 2010 season.

What I find interesting isn't so much the transfer part of his story, though it is part of it. What's interesting to me is that in three years as a starting QB he has been with a different offensive coordinator at each stop along the way, and he will have yet another new OC for his Senior season.

Now with his senior season on the horizon, Kempt will be learning under yet another offensive coordinator, Badre Bardawil, after McDaniels left the program after just one season. It will be his fourth new offense in four years of high school football.

And it is not like every year has brought more of the same. His first year at Massillon the offense was very multiple. There we some spread concepts, but the Tigers also lined up in the I Formation and used play action to hit over the top. Last year with McDaniels (the dad of that McDaniels) at the helm the offense was still multiple, but with more emphasis on the running game.

This season the Tigers are changing the offense once again. But this time in more of an Air Raid direction.

"This year will be the best of the three years because the system we're in is simple and multiple at the same time," said Kempt "We're perfecting what we do, not running a bunch of different plays. It's more like a Mike Leach system."

The Air Raid means that Kempt is likely to put up monster numbers, and that's great. But I find his entire career to be kind of fascinating. In four years of High School he has already been exposed to more offensive ideas and concepts than most college quarterbacks get in four or five years.

That in and of itself is no guarantee of success. But the two biggest shocks for players going from high school to college are 1) just how much faster the game is and 2) the complexity of the schemes both offensive and defensive sides of the ball.

There is nothing that can be done about the speed of the game. Some kids are better equipped for it physically than others. But it is still a big jump. But the complexity is a different matter. The verbiage of a college offense is far more complex* than anything most high schoolers experience, even if the basic concepts are the same.

* Unless you are in an air raid system where the entire offense fits on a cocktail napkin.

But the depth of Kempt's experience coupled with his own innate intelligence should make the transition on the mental side of things much more straight forward than it usually is. Because even now Kempt has a depth of experience that is very hard to find among high school players, and some college players to match. In short Kyle Kempt is going to be a very interesting guy to follow for the next 5 or 6 years.