TV: ESPN3
And so it begins. The Mick Cronin coached team that, to date, looks the best prepared to compete at a high level in the Big East will start the long, torturous grind of play in the conference on Tuesday evening at home against the Blue Demons of DePaul University. This isn't so much a step up in competition for the Bearcats. By common consensus, the Blue Demons are the worst team in the Big East. A recent three game winning streak isn't going to erase the vision of DePaul losing to a Division II team from Lewis University, at home, in an exhibition game.  "DePaul Keeps On Doing What DePaul Does Best" was the title over at Nunes Magician. So to put it mildly DePaul is not a very good team. They are one of three Big East teams yet to win their seventh game. The other two? Seton Hall and South Florida.
This is the first year on the job for Oliver Purnell fresh off a job at Clemson where he did the near impossible by making the sweet strains of "Tiger Rag" audible in February and March in making Tigers Basketball relevant on the national stage. So after turning around one of the most moribund Basketball programs in the country around in one of the toughest leagues imaginable he figured he would give the same trick a new try at DePaul. A move like that requires balls, three of them in fact, and luckily for DePaul he has that third testicle and he is not afraid to use it.

I have to be honest I have only seen DePaul play once this season, the 88-66 demolition at the hands of Cal State Northridge at the 76 Classic in Anaheim over Thanksgiving. There wasn't any one thing that the Demons did well that gave me any sort of pause for concern. They weren't playing good basketball, still in the midst of adjusting to the new regime at hand, and they looked out of sorts on the offensive end. One thing that gives me some cause for concern is the pace, which Purnell likes fast. The problem is that unless you are Napoleon making decisions for expediencies sake rarely works out , and even that didn't turn out so well in the end for him. 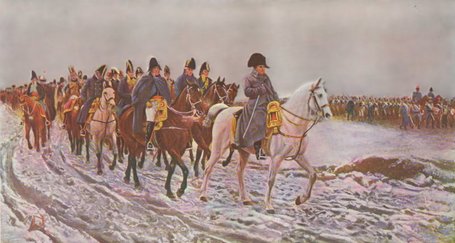 Rash decisions made in haste usually means turnovers, and lots of them. Unsurprisingly they turn the ball over quite a bit and the pressure that UC puts on teams is going to cause them issues. As ever, if UC can make shots, free throws and otherwise, and set up the press opposing teams struggle. Doubly so for teams that are already prone to errors as is the case with the Blue Demons.

DePaul is not a good defensive team at this point they allow opposing teams to shoot a relatively high percentage from the field and they struggle mightily to rebound the ball on defense. Currently they allow opposing teams to grab nearly 40 per cent of all available rebounds. This is another game where Yancy Gates and Ibriahima Thomas should be able to kill it on the offensive glass.

In terms of name brand talents to watch there isn't much on offer from the Blue Demons. The two guys who feature most prominatly in the offense are Tony Freeland and Mike Stovall, he of the late game heroics last winter aginst Marquette.

Aside from those two the only guy who really jumps out at me statistically is Brandon Young the Freshman point guard. He seems to make mistakes, a lot of them, as would be expected by a Freshamn point guard. But he has been remarkably efficient offensively for such a young player. Given the start to his career he will be an admirable pilot of the Goode Ship DePaul...In the future. Right now he is going to be playing in his first ever Big East game on the road against a team that likes to pressure the ball and force mistakes.

Believe it or not, once upon a time, DePaul was a relevant Basketball Program, they even made it to the NCAA tournament, and even a Final Four. All kidding aside DePaul is the Alma Mater of one of my favorite players from my Nascent days as a Basketball fan, Mark Aguirre. Check out this clip from the legendary 1979 Final Four which had DePaul and the then Freshman Aguirre, facing off against Larry Bird and Indiana State in one National Semi Final, of course the other half featured Magic Johnson and Michigan State against the Mighty Quakers of Penn.