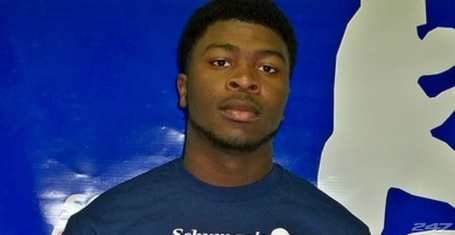 McClain is a guy that flew under the radar for most of this off season. At least with respect to the scouting services. He went unevaluated for quite a while. 24/7 sports still hasn't gotten round to evaluating McClain. But coaches know exactly who he is. McClain collected offers from Illinois, Kentucky, West Virginia, North Carolina and Rutgers. It doesn't take a genius to figure out why. For a start he already has the build of a college linebacker standing 6'1" weighing near as makes no difference to 225 pounds. At that weight he is bigger than all of UC's current linebackers save J.K. Schaffer, Greg Blair and Ben Pooler. Beyond his build he brings a lot to the table. For a big guy he has very good range. Not sideline to sideline, mind you, more like numbers to numbers, all which is plenty for UC's scheme. To me McClain looks like a Mike all the way, though he has the requisite athletic ability to play the Sam.