Share All sharing options for: October 26th Jump Off


As The Big East Implodes

"If it is true, and I don’t know that it is," Babcock wrote in a text message, "I would not be entirely surprised by it. It would be disappointing. It further emphasizes a need for the Big East Conference to establish trust and stability among its member institutions." If UC fans are looking for a reason to be optimistic -and I know they are – there’s a report in the New York Post that the Big 12 will attempt to keep Missouri for one more year, then look to expand to 14 teams the following year, with UC and Louisville both mentioned as candidates for the that expansion.

We hate to be a party pooper here, but the Big East has strongly denied a story first reported by the Las Vegas Journal that its commissioner, John Marinatto, would meet with the commissioners of the Mountain West and Conference USA in New York Wednesday to discuss the creation of a nationwide football super conference of 28 to 32 teams, with the goal of gaining an automatic BCS qualifying bid.

At this point, the first option is the least likely to happen right now. So what we’re looking at here is the real possibility of watching the Bearcats play SMU in front of a half empty stadium in Dallas or traveling almost two thousand miles West to the middle of no where Idaho where cows outnumber people. Is anyone really going to get excited to come out and watch Cincinnati play Houston at the Nip?

Big 12-bound West Virginia ushers in the end of the Big East as we know it // Dr. Saturday
sadface

Whit's community piece is a great indicator that he realizes Cincinnatians know their value and their impact. Getting on the wrong side of this city has caused many an early grave to be utilized before its time. When President Williams (welcome my my new Kappa Brother!) introduced him, one of the attributes he mentioned was great fundraising success and no matter what league the Bearcats land in that will be a key component. And the key to his fundraising success will be our unique community; learn it, respect it and the most critical piece accept it. Cincinnati is different and that's okay with them. They'll be okay with you, if you get Whit their program and merge it with yours.

"He’s been a great teammate for us and just watching him excel at Missouri over the last five years has been pretty special. You saw a number of us here. We believe in Whit. He’s a wonderful person and Kelly and his family, they’re wonderful people. We just wanted to fly here to show our support for him and to compliment Cincinnati on doing such a great job on their hire. "He’s been very attractive to a lot of people around the country. It’s a matter of timing, it’s a matter of fit, it’s a matter of opportunity. (Taking the UC job) certainly wasn’t for a lack of other opportunities."

Babcock is the kind of guy that no one has a bad word to say about him. In his profession of choice that is pretty rare.

Sophomore Andrea Malek fired a career-low 67 to finish second, leading the University of Cincinnati women's golf team to a sixth-plaec finish at the FIU/Pat Bradley Invitational on Tuesday afternoon at Palican Preserve Golf Course. Malek's second-place finish is tops in her collegiate career and her three-round total of even-par 75-74-67=216 also marked a career-best. She was two shots behind Shelby Coyle of tournament host Florida International, who posted rounds of 74-71-69=214.

Snapshots of Week 8 // The Wizard of Odds 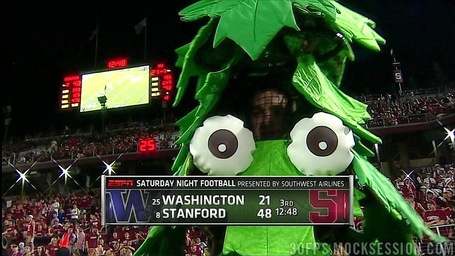 The source of Vick's game is not his short, neat haircut. It's the freedom to abandon pocket protection, to juke and throw and run like crazy. But in this season's haircuts you can catch signs of trouble. The waves in it aren't as prominent as they were last year, when the team managed an exciting season on the back of Vick's gutsy athleticism. We're only six games in, and the blame for the Eagles' shocking 2-4 season is hardly Vick's alone. But you look at that hair and notice that with each passing week the hairline is crooked, that last year's striking tightness and the curling pattern of those work-of-art waves are fading into something that's vaguely more unkempt, uncertain, and less confident. Hair that's maybe losing its patience.

complete bullshit, but interesting no less.

Reading This Will Make You Slightly Despair For Humanity

Pervasiveness and repetition act like a battering ram against our minds. The first time we see an advertisement, we are likely to be aware of what it's telling us and what it is encouraging us to buy. From then on, we process it passively, absorbing its imagery and messages without contesting them, as we are no longer fully switched on. Brands and memes then become linked in ways our conscious minds fail to detect.