Share All sharing options for: November 28th Jump Off

A week after they had hit their own low point in a loss to Louisville, the Huskies took and took and took. On Saturday, they did everything but rip the drink right out of Snooki's hands. They did everything but rip the guitars out of Jon Bon Jovi's and Richie Sambora's hands. The Jersey boys may have been born to run, but on this day they ran 26 times for minus-9 net yards.

UConn Gets It Done: UConn gets it done against Rutgers in a solid 40-22 win. // Courant.com

The Huskies got it all accomplished early and with a cherry on top — six forced turnovers and six sacks, including four by junior Trevardo Williams, in a 40-22 thrashing before 37,857 at Rentschler Field Saturday.

Watch out where the Huskies go // Scott Springer

Where are UC's basketball fans? // cincinnati.com
It's a valid question, shockingly. I never suspected Basketball to struggle with attendance while the Football team would be able to draw 50,000 people downtown for a noon game.

UC volleyball plays Samford in opener // UC Athletics Blog
If the Bearcats get past the Bulldogs as expected they will face off with Florida State for a chance to play in the regional round.

2011 Division I Women's Volleyball Tournament // NCAA.com
The full bracket for your perusal

Junior Jordanne Scott (Indianapolis, Ind. /Lawrence North) has been named the COBRA Magazine 2011 Midwest Region Player of the Year. The right side hitter was named to the magazine's 2011 All-Midwest Region team after leading the Bearcats to the first BIG EAST tournament title in program history. This championship was also the first for any Cincinnati team.

Bearcats Hold Off UTC In Final Seconds To Go 5-0 // gobearcats.com

The University of Cincinnati women’s basketball team held off a last-second Chattanooga (3-2) comeback and improved to 5-0 for the second-consecutive year when it defeated the Lady Mocs, 51-50, on Friday evening at the Cancun Challenge at the Moon Palace Resort. It is now one of only four undefeated BIG EAST teams remaining. In a game in which UC never trailed, Chattanooga overcame four double-digit deficits and had three good looks with a chance to take the lead in the final 30 seconds, but every shot fell short and the Bearcats held on for the 51-50 victory.

Finan fights obstacles on, off the course // gobearcats.com

1. Cincinnati, Louisville or West Virginia will represent the Big East in the BCS. The conference title picture is still murky, but much clearer today than it was a week ago. Rutgers and Pitt are out, so a maximum of three teams can finish as co-champions. Louisville already has a clinched its share of the conference title after a 34-24 victory over USF on Friday. If West Virginia beats USF and Cincinnati beats UConn this weekend, they would be co-champs, too. Here is the link to the scenarios, showing what each team needs to get the Big East AQ spot.

Isaiah Pead, RB, Cincinnati. Pead was all over the place in the Bearcats' 30-13 win over Syracuse, compiling 246 all-purpose yards. Pead had a career-high 112 yards receiving and a touchdown, and had 80 yards rushing and a touchdown. He also returned the first punt of his career 34 yards -- the longest punt return of the season for Cincinnati. Pead is now over 1,000 yards on the season, becoming the first Cincinnati player in 25 years with back-to-back 1,000-yard seasons. 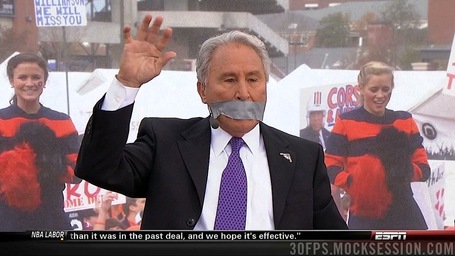 Are we the teachable species? // The Loom

Yet even as scientists find more links between our own faculties and those of other animals, some continue to stand out. And their rugged distinctiveness makes them all the more interesting. One of the most distinctive of all is, to me at least, the most surprising: teaching.