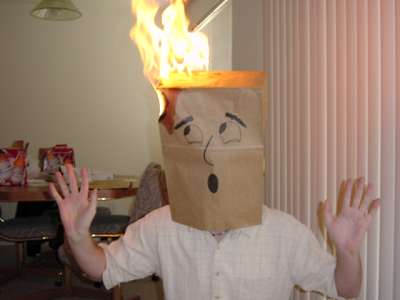 I am not giving any credence to the fight that ended this game. It was a fucking disgrace for all parties. If you are coming here to break down the finer points of the brawl you should probably leave. I am not having it. There will be suspensions and the fallout will last for weeks and it will be addressed before the weekend is out. But right now this is a place for the discussion of the game and the game only. When I have the chance to collect my thoughts and calm the fuck down I will address the fight. Right now its a bad idea for me and for you.

Now about the actual game lets start with the obvious. As much as it pains me to say Xavier is the better team this year. Much better. Chris Mack has assembled a deep and talented roster that will present all kinds of challenges to anyone they face. I would be shocked if they lost more than three games the rest of the way. UC simply didn't have the talent to match them. Starting units are more or less even, but the Bearcats get nothing from the bench on any given night. And that was the difference in this one.

What's clear to me is that UC needs to find a new approach to the game. The backbone of UC's steady rise during the Mick Cronin era has been simple. Defense. The Bearcats have always played great defense under Cronin and have built the teams to defend first and play offense first. I don't like that style of play, never have. But I understand it. When Cronin got here the talent wasn't there so they won games by just being tougher than everyone.

The approach this season has been the same. But there is a big problem. The UC doesn't have any stoppers defensively, certainly not on the perimeter and that's a big problem. The offense is the same as always, stagnant and unwilling to embrace the talent on hand. That's all I have right now. I am usually down with putting down cogent thoughts in half an hour after watching two hours of emotion filled sporting events. I just can't do it right now, so I guess i will apologize for this shit you just read. I'll be better next time.