4th of July Jump Off

Share All sharing options for: 4th of July Jump Off

Remember to submit your choices for the Down the Drive Ring of Honor! You can submit up to 3 players who you think should join the Bearcats elite. You have until July 10th to submit your nominees.

Also, if you want to receive Down the Drive updates through Facebook, don't forget to like us!

In honor of the 4th of July, here's another kind of Bearcat: 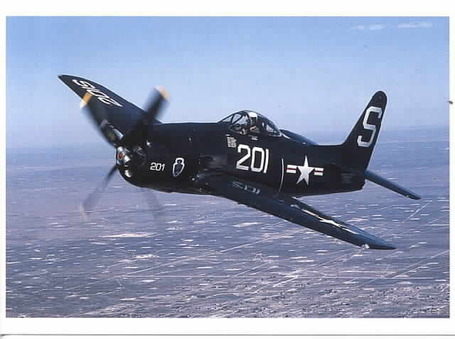 F8F Bearcat via www.playle.com
That's right, we at Down the Drive don't stop working just because it's a holiday. Enjoy the Jump Off:
Bearcat news

Big East position rankings: Quarterback - Big East Blog - ESPN
Clearly the top-two quarterbacks heading into the 2011 season are UC's own Zach Collaros and Geno Smith of WVU. Collaros won the Big East coach's unanimous vote for 1st team All-Big East by leading the conference in many offensive categories. Geno Smith was a close second and, quite honestly, there's very good logic to put Smith in the top spot in 2011. Zach will have to cut down on his picks and improve his game management to make 1st team All-Big East two seasons in a row. He's very well capable of doing it and has tons of weapons around him to put up the numbers he needs.

Armory was home to UC champions | Cincinnati.com | cincinnati.com
Here's a walk down memory lane for ya. The Armory Fieldhouse is emblazoned into Bearcat basketball history as most of the program's best years were played there. Unfortunately, time and a growing fanbase has passed it by and it primarily served as a practice for UC athletes since the basketball team moved on. It currently provides the track and field team with an indoor practice facility. I think they should have renovated it and turned it into a basketball facility for the basketball team, where current players could hone their skills under the same roof that Bearcat legends played. The aura of that building is invaluable. Instead, they built an emotionless, concrete square in the basement of the Lindner Center. Good choice.

Track & Field Teams Building Culture Of Success - University of Cincinnati Official Athletics Site
Both Cincinnati track and field teams finished their overall seasons with three All-Americans, three Big East champions, one Junior National qualifier, 16 NCAA First Round qualifiers, and three NCAA final round qualifiers. That is one hell of a list of accomplishments. What will be important for the programs is to build on that success so that championships and post-season awards are a regular occurrence.

BearcatReport.com - Scrimmage Lessons: Deionte Buckley
Andrew Force gives a glimpse of what Deionte Buckley's senior year might look like as he checked out Warren Central's summer scrimmage with Lake Central last week. He's shed some weight to improve his top-end speed but still plays like a bulldozing back. Warren Central still has plenty to work out on the offensive side of the ball but it was promising to see the coaching staff and Buckley favor the left side of the offensive line (about 75% of the time against Lake Central), exactly where UC-bound Deyshawn Bond was blocking. Looks like the early indications are that at least two of the Warren Central pickups for the Bearcats are projecting out well.

Impact game: Pitt vs. West Virginia - Big East Blog - ESPN
No doubt the Backyard Brawl is the most storied, bloody game in the Big East. All other rivalry games, like Cincinnati-Louisville, take a back seat to this game. It will be especially heated this year as both programs have brand new offenses compiled by new coaching staffs who have created high expectations for both fanbases. Not only that, but Dana Holgorsen and Todd Graham know each other from their days at Houston and Tulsa, respectively. Many things are uncertain next season but one thing's for sure, the Backyard Brawl will continue to become more and more bloody each and every year.

Big Ten: ESPN's lowball offer triggered Big Ten expansion - chicagotribune.com
Interesting article about how hard-ball negotiator Mark Shapiro of ESPN's take-it or leave-it lowball offer spurned the Big Ten to start their ever-profitable network. The Big East should learn from this as ESPN a few months back reportedly lowballed the conference with the renegotiation of the contract upcoming in 2012 for a new contract in 2013. Ultimately, the conference turned the offer down and it looks like they are taking the contract to the open market. In this era of ever increasing college sports values, this is a smart move.