The first depth chart of the 2011 season has been released in this weeks game notes. There are no real shockers to me, but there are a couple of surprises, big surprises at that.
The entire Depth Chart is posted below. 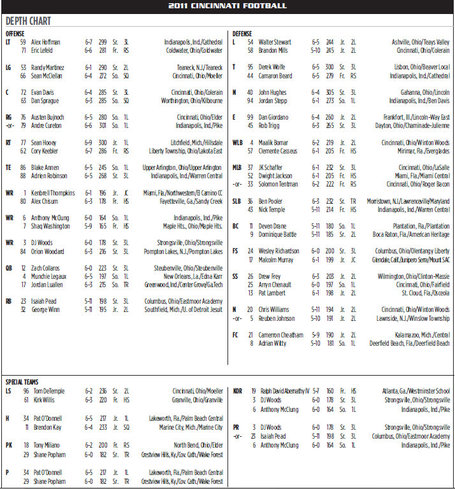