Bearcats add 3 to the 2012 class for the weekend

Share All sharing options for: Bearcats add 3 to the 2012 class for the weekend

The Bearcats pulled in three verbal commitments on Friday to bolster the class of 2012 to bring the total count to 18. This is the largest class Cincinnati has built this early in the recruiting process ever. Kudos to Butch Jones as they will only compile a class of about 24 or 25 when all is said and done next February. It's just a phenomenal job this coaching staff has done on the recruiting trail as the class is about three-quarters of the way full and we just started fall practice yesterday. Say what you want about their coaching after last year's 4 - 8 campaign, but Coach Jones and this staff can recruit like the best programs in the country. Look for a more in depth analysis about each individual recruit this week but I just wanted to take the time to give you a quick write up about the trio. First up is the headline of the group Dennis Norfleet. 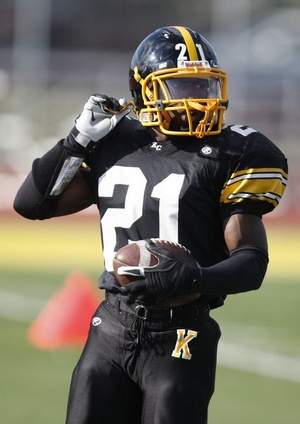 Dennis Norfleet is one of the highest rated running backs of the 2012 class and his choice to give his verbal commitment to the Bearcats isn't a surprise. We learned last year just what kind of running back Butch Jones wants in his offense- A small compact back with good enough vision to see the hole in the offensive line and enough quickness to burst through it. Norfleet fits the bill perfectly. He has a strong upper body and a great balance of agility and flat out speed to hit the hole quickly and out run defenders at the second level. Most importantly is his vision to actually see the opening. But, I mentioned earlier that he is a verbal commitment to the Bearcats at this point and while every prospect of the 2012 class is a verbal until National Signing Day, Norfleet is probably the softest recruit of the bunch as he will take his visits to other schools, Michigan State being one of them. I don't think he fits their offense at all but let's hope he signs on the dotted line for Cincinnati in February. 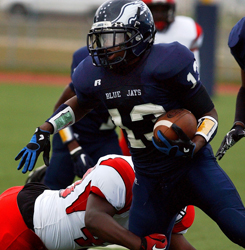 Leviticus Payne should see him moved up to the 2-deep next fall simply for his name alone. It's just that cool and shows how Cincinnati is starting to become a mainstay for awesomely-named prospects. He'll join Munchie Legeaux, Jameel Poteat, Bennie Coney, and Silverberry Mouhon as recent recruits to cast their lot with the Bearcats. Beyond the name, Leviticus is an extremely confident, aggressive cornerback which is a great mindset for the position because a lot of times they are left out on an island all by themselves. He also plays wide receiver in high school and does well high pointing the ball at both positions but he will probably wind up at corner once he arrives in Clifton. Overall, he's a great addition to the 2012 class. 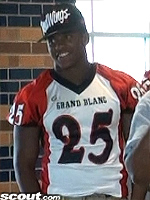 Lester Liston Jr. was somewhat of a surprise pickup of the trio but don't let that fool you he's a welcomed addition. Without looking at scout rankings or evaluating his highlight tape, just the fact that he plays linebacker and will do so at Cincinnati makes me incredibly excited about seeing him in red and black. The position is simply so short on depth that any help back there is welcomed. When you do see his highlight tape you can see that he could possibly see playing time as a true freshman in 2012. I'd like to see him redshirted as I'm pro-redshirt but he's definitely a huge pickup at a position of extreme need for the Bearcats.