Share All sharing options for: Shaq Washington Has Enrolled For Winter Quarter 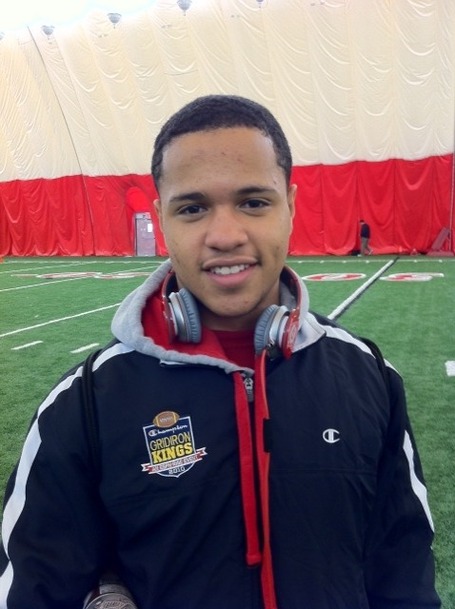 Way back in the beginning of December it came to light that Shaq Washington and Stephen Weatherford had left the program. It was expected that both would seek transfers closer to their respective homes, Cleveland (Maple Heights to be specific) for Washington and Land O'Lakes Florida for Weatherford.

At the time the biggest WTF surrounded Shaq without question. He had some trouble adjusting to the college game and really lacked confidence last year. He was thrown into the fire early, he not Alex Chisum was the first freshman to crack the receiver rotation. But he had some bad drops early and never really seemed to recover. But everyone just sort of expected him to learn and recover to come back strong in 2012.

Yesterday multiple outlets, Bearcat Lair and Bearcat Report cheif among them, reported Washington's return to UC and the Football Program. A quick search of the Universities records showed that Washington is indeed enrolled for Winter Quarter. He has not been announced as joining the team. Primarily because the only people who put in effort reporting on the Bearcats* make you pay for the fruits of their labor. Not a knock on any of those guys, just a simple statement of fact. Washington is enrolled at UC and will be part of the team come spring practice which bolsters what is already a pretty damn deep receiving core.