CBS Sports Network came to an agreement with ESPN today on a deal that will allow them to broadcast American football and basketball games. 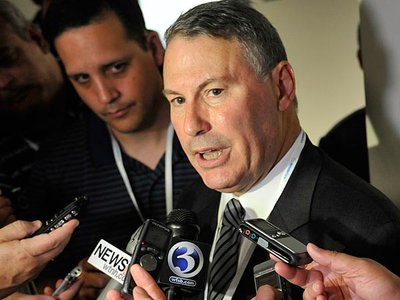 The deal will start with the 2013-14 basketball season and run through 2019-20. It will give CBS Sports the rights to 30 Men's College Basketball games, except this year only 25. It will also allow them to broadcast 13 to 15 football games a season.

My first thought to this was that CBS Sports would pick from lower tier games or games on ESPN3. As it turns out, they will be able to pick these games from any of the AAC inventory on ESPN, ESPN2, ESPNU or ESPN3. However, I'm going to assume that ESPN will have some protected games that they want to keep on their networks.

This is a fairly good deal for The American as it gives them more opportunities to be on a national network. The downside as a UC fan is that some cable/satellite providers in Cincinnati do not include CBS Sports Network in their base package. Some give you the option of paying for an extra "sports pack" in order to receive it.