A series of small stories are out today. I didn't want to write an entire article about each, so you probably didn't want to read one. Thus, a list of brief Bearcat updates.

That's right. Two months from now the Bearcats open their football season against Toledo.The excitement for this year is unprecedented for UC. With arguably the best QB prospect to ever to come to Cincinnati at the helm in Gunner Kiel, UC will have the chances to impress with games against OSU and Miami (FL). Having a QB named Gunner makes me want to rename the Offensive skill players to appropriate ammunition metaphors, but I don't know enough about guns and ammo to do it justice... oh well.

UC Magazine released the top ten moments in Bearcat athletic's history and they are pretty cool. The ones everyone knows about (e.g. 1961 basketball champions) are there, but so are some you may not have known about. Fun fact of the day is definitely that Sandy Koufax actually came to UC as a walk-on basketball player and had to convince the baseball coach to let him pitch. Here's the full article.

Justin Jackson debuted for the Charlotte Hornet's Las Vegas Summer League team yesterday. It didn't start too well. He played only 5.5 minutes, shot 0-1, had two fouls, 0 assist, 0 rebounds, and a turnover. He was the highest on the team on the +/- chart at +7 though, so that's something. I don't need to tell you that much of what J-Jack brings to a team doesn't show up on a stat sheet. Keep your head up Justin. Hard work pays off, and you definitely work A LOT harder than most. 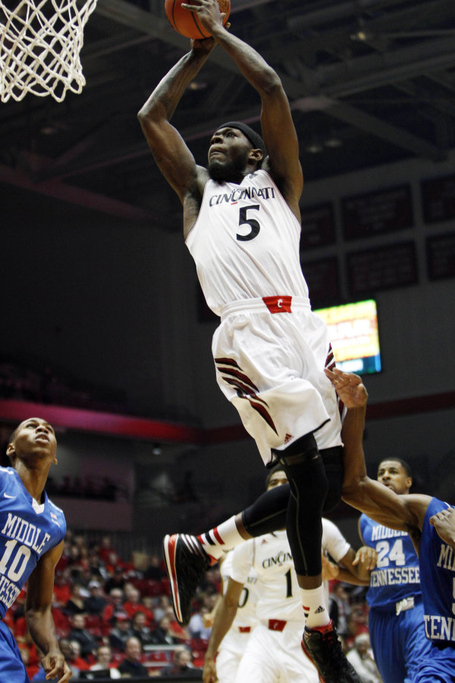 SK debuts tonight as his Philadelphia 76ers take on the Utah Jazz. This is a big moment for SK. I'm nervous and excited for him. The game is at 10:30 PM ET. Here's a link to a page with a lot of the information, including play-by-play and box scores. I know he will work his way up eventually, but a dynamite performance in Summer ball would definitely accelerate the process.

It looks like to watch the games you have to sign up for something called NBA Summer League. If anyone knows another way, please leave it in the comments section below.

The Bearcats basketball team visited Our Daily Bread, a local ministry of hospitality, on Thursday. This is great. Mick Cronin sometimes serves as the Honorary Chairman for the organization's main fundraiser, an event which rakes in $100K. Here's a full article with some great pictures of the guys.

Makes you proud to be a Bearcat.