Down The Drive, a Cincinnati Bearcats community

One interesting note of the Croninlithic Era: we don't pull many upsets. Whether that's because the Real Big East died just before we caught up to them or I'm still such an elitist that I expect us to be at least ten points better then the rest of the ACK!. On to the list: 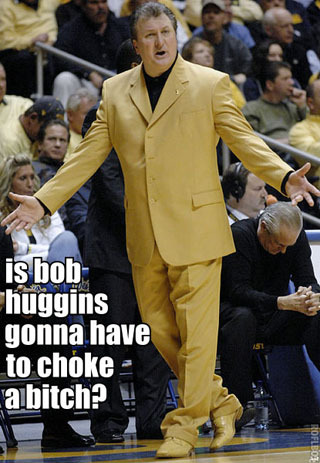 4. December 30, 2009: Cincinnati 71, #10 UConn 69: For long-suffering Bearcat fans, this was the night the light went on and we began to realize: "Hey! We don't suck anymore!" The Huskies came to 5th/3rd highly ranked, but trailed damn near the whole game until Kemba Walker began the tradition of UConn point guards pulling comebacks against us out of the crack of their respective asses, hitting a 3 over somebody tall that I don't remember with 8 seconds left to tie it. Lance Stephenson then shook Deonta Vaughn (here's a $64,000 question: is DV the greatest Bearcat never to play an NCAA tournament game? I'm drawing a blank thinking of a better one) off, drove hole, drew a foul at the buzzer, and hit both free throws for the W. Never mind the fact that we DERP'd away the month of February, for that night, we're back, dammit!

3. March 18, 2012: Cincinnati 56, (they were ranked)Florida State 50: I think this was the first Bearcat game to be proudly described as a rock fight. This game was the culmination of a season that started with a loss to freakin' Presbyterian, needed the troops to rally together after the Norwood Catholic brawl, featured 6'2" JaQuon Parker playing an effective power forward in the Real Big East (God, we've come a long way), and culminated in a Sweet 16 berth when Dion Dixon stole the ball and dunked. This game was a blur, but it was a great win.

2. March 9, 2012: Cincinnati 71, #2 Syracuse 68: To be a Bearcat fan in the Croninlithic Era is to predict the letdowns. When your program is based on having to outwork and outhustle everyone because your team doesn't pay players, give out cars and actually makes kids go to class didn't have the same recruiting budget as the rest of the Big East, you can kinda see when your team has overworked themselves and is probably gonna end up with the equivalent of basketball rhabdomyolysis the next game (note: this is why no one cared when Temple kicked our ass in February). On March 8, 2012, we went double overtime and all five starters played 40 minutes plus(!!!!)to beat Georgetown in what probably woulda been #5 had John Thompson To The Third Power worn a pair of mustard-yellow ostrich-skinned loafers on the bench. So you sit down in front of the TV, expecting a beatdown and preparing to sweat on Selection Sunday...and are shocked! appalled! amazed! to see SK go F#%K YOUR 2-3 ZONE to the tune of four 3's in the first half, a 15 point lead or so, and surviving Dion Waiters go full hero ball for a signature win. Sadly, rhabdo kicked in the next night versus Loserville. 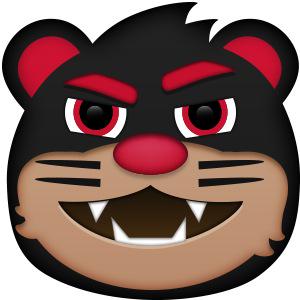 More from Down The Drive