Mike Woods was Tony Mason's ideal linebacker. Fast, aggressive and physical. He worked hard and made plays in bunches. Woods was a graduate of Benedictine High School where he starred on the Football field. He went to Tampa to play Football but later transferred to UC when the program was dropped.

He was a multi year starter for the Bearcats at linebacker. In 1976 as a Junior he was given the Claud Rost Award as the teams MVP after spearheading a defense that was the back bone of Tony Mason's best year, a 9-2 season. But that effort did not result in a bowl game and Tony Mason was gone to Arizona after that season. 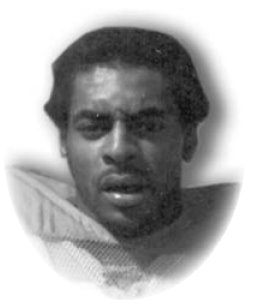 The next year was a standout year for Woods under new head coach Ralph Staub. Woods was dominate in that 1977 season on what was, arguably, the best defense in school history. He registered 114 tackles, was named a consensus First Team All American, the first at UC, and the Bearcats posted their third straight winning season 5-4-2.

Woods was selected to play in the Senior Bowl in 1978. He was selected in the Second Round of the 1978 NFL draft by the Baltimore Colts. Woods played three seasons with the Colts, starting 36 games before having his career cut short by a stray bullet in his native Cleveland that left him paralyzed.