Share All sharing options for: October 19th Jump Off

(Stopping) The Running of the Bulls // Scott Springer

There should be no need for Collaros to throw for over 400 yards. To stop USF's progress, UC should impede with Pead. Even if it takes short passes, the "prophet" Isaiah needs the pumpkin to continue preaching the gospel to his followers.

This is going to be true all season long

South Florida’s place kicker is junior Maikon Bonani (fantastic name) but is only hitting about 65% of his field goals. Freshman Marvin Kloss is the man on kickoffs, though. Junior Justin Brockhaus-Kann is the team’s punter average about 39 yards per boot. The Bulls kick return game is very good with wide receiver Lindsey Lamar averaging almost 20 yards per return. On punts, not so much as the Bulls are averaging right around 5 yards per punt. The opposite can be said of the Bulls’ special teams coverage as they seem to do comparably better when punting than when on kickoffs. As iffy as UC's special teams have been at various points, they should still be a pretty big advantage for the Bearcats.

Marc was a quarterback at Hallandale High but began his career with the Bulls as a defensive back. Since then, he has bounced from quarterback to running back and now to receiver. When given a little bit of time to think about it, Marc wasn’t even certain of where his most natural position is on the field — "an athlete," he said — but added that he’s very comfortable now in the receiver role. All the position changes, though, had taken a toll.

The Bearcats typically only use 2 linebackers and substitute another defensive back in the secondary to either play in coverage or to help create new blitz schemes. Let's see the personnel Cincinnati brings to this game.

UC does use a lot of nickle, but it isn't UC's base defense

The USF football team has a few injuries to note as they head into the weekend matchup with Cincinnati. Tight end Isaac Virgin (shoulder), fullback Chris Breit (shoulder), and wide receiver Stephen Bravo-Brown (ankle) are all questionable for the game.

"Prior to the last two games we've started fast, but it’s little things that kill drives," Jones said. "A negative yardage play on first-and-10, so now you have second-and-13. You want to be in manageable down and distances. There were way too many third-and-long situations especially starting the game off. This game is played by 11 individuals. To be successful, all 11 have to execute and do their job."

Remember that the volume of mistakes isn't as important as the timing of said mistakes.

The University of Cincinnati volleyball team kept the audience on the edge of their seats at Fifth Third Arena Tuesday evening, but Bearcat fans can breathe easy as the longest home winning streak in the nation is still alive with 43 wins. The team beat the Lady Hilltoppers of Western Kentucky 3-2 (25-21, 22-25, 25-21, 13-25, 16-14).

Congrats to the girls. That is a hell of a streak.

Imposing junior Lesha Dunn is from Toronto, Canada and just finished up playing two years of community college basketball at Trinity Valley Community College in Athens, Texas. The 6'4" center was also heavily recruited out of high school as schools like Syracuse, South Florida, and Massachusetts among others were interested.

Big East superlative tracker - Big East Blog - ESPN
Butch Jones, Isaiah Pead and J.K. Schaffer all in the mix, none at the front of the pack.

BYU, Louisville and West Virginia, in that order, are on the Big 12's radar. BYU has had conversations with the Big 12. If the league goes to 12, BYU Louisville and West Virginia would all get invites. The Big East would then turn to Temple and hope Army can be convinced to join its football brethren. Most likely the Big East football conference will break and the league will go back to its basketball roots.

At this point I don't actually care what happens, I just want it to be over

"The University of Missouri could be on the verge of making a stupendous mistake of impatience, borne out of a handful of university and state leaders wanting to wipe egg off their face from last year’s Big Ten debacle with a move to the SEC, a league that has neither the academic pedigree nor the competitive atmosphere suited for such a starchy Midwestern institution,"

GOT THE MOVES LIKE DABO // Every Day Should Be Saturday 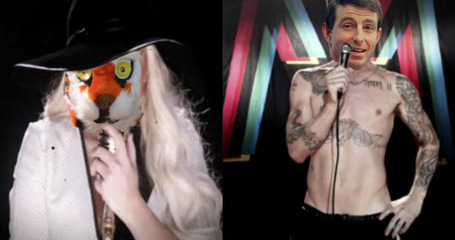 LSU puts Mathieu, Ware on ice, and its dream season on the brink // Dr. Saturday

Per multiple sources, sophomores Spencer Ware, Tyrann Mathieu and Tharold Simon have all been suspended at least one game in the wake of a failed drug test — and possibly longer — robbing the Tigers of their most reliable playmakers on offense and defense for one of the most critical weekends of the season.

My initial read is that there is no way Tyrann Mathieu and Spencer Ware miss the Bama game. But stranger things have happened.

Lions and tigers shot in Ohio; owner freed them // cincinnati.com
One would think that the "CAUTION EXOTIC ANIMALS" sign does more harm than good.

Lions and tigers shot in Ohio; owner freed them // cincinnati.com
One would think that the "CAUTION EXOTIC ANIMALS" sign does more harm than good.