With the NBA draft only 18 days away, rumors are starting to swell about potential landing spots for Sean Kilpatrick. Most rumors have SK going late or undrafted, but one rumor has me particularly excited...

Share All sharing options for: Sean Kilpatrick an Indiana Pacer?

Where SK goes in the draft is largely out of his hands at this point. He can workout and his agent can network all they want, but the body of work Killa produced while at UC is going to carry most of the weight come draft day.

Rumors of Sean Kilpatrick heading to the Indiana Pacers started coming in days ago, and I largely brushed them off. Then, the connections between SK and Indiana kept coming. Indiana Pacers writer Nicholas Barker likes the idea of SK in blue and gold, and I have to say, so do I.

The pacers are flirting with becoming the Philadelphia Eagles of the NBA. Ex-Bearcat Lance Stevenson is already in Indiana (at least for now). Lance and Sean have actually been roommates in the past. Ex-Xavier big man David Wells calls the Pacers his home team as well. Much like the Eagles, and Andy Reid, became addicted to their Cincinnati pipeline, the Pacers may soon follow suit.

Indiana is not the only team showing interest in Kilpatrick. SK was 1/6 players to reportedly workout with the Phoenix Suns last week. I assume they are considering SK for their 50th overall pick (Click here to see their picks). SK also worked out with the Jazz . He also worked out for both the Chicago Bulls and Golden State in Chicago, and has interest from Charlotte as well (which he discusses in the Utah Jazz workout video). In time, he will likely workout with many other teams leading up to the draft. 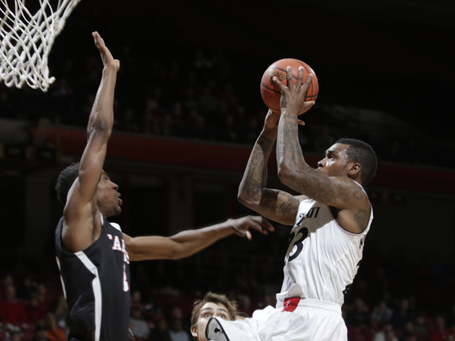 Wherever he goes will simply serve as a starting point. SK has demonstrated the ability to grind out and work hard to get where he wants to be. If he goes undrafted and has to work his way up through the summer leagues, he can do it. Mick Cronin has repeatedly went on record saying SK could barely dribble a basketball when he first got to UC, and that starting point lead SK to become the second leading scorer in Bearcat history!!

Good luck to SK wherever he ends up. I know we will all be cheering for him as he starts his professional career... wherever that may be.