Share All sharing options for: March 21st Jump Off

This will be fairly short. The news around the Bearcats is still kinda depressing, though I am coming around on it. I am just going to hit the basics, basically the UConn post game.

Survive and Advance: The UConn Blog

That's what sticks out to me most about this game: Kemba refused to lose. You could see it in his eyes when Cincinnati jumped out to an early lead in the first half. Walker went on a mini scoring run where he was clearly the dominant player on the court. More than anything else that filled me with confidence going forward. Kemba is playing his last games in a UConn uniform right now. He knows that, he does not want to end with a loss, and well, I don't want to be against him. He's a man on a mission, but unlike anyone else in this tournament he happens to be the best player in the country and he has at least one more game in him.

Walker had 33 points Saturday night in Washington as third-seeded UConn defeated No. 6 Cincinnati 69-58 in the third round of the NCAA Tournament. In pushing the Huskies into the Sweet 16 with another come-with-me performance, Walker also had six rebounds and six assists and made all 14 of his free throws.

Along the way, he faced constant pressure from perimeter players tracing his every move and post players leaving the paint. That's nothing new. Neither is this: Walker took many hard fouls.

With the score tied, 45-45, midway through the second half, Kemba Walker scored seven straight points, including a dazzling layup with 7:14 left, to give the Huskies a 52-47 lead.

I think this is one of the few things this team lacked this year, that guy who can go on a personal 7-0 run is vital to succeed at this level. I think Sean Kilpatrick can be that guy, he was that guy at times this year, but he just needs more run, which he will get next year.

Next year, skepticism will be replaced by expectations after a 26-9 season and third-round appearance in the NCAA Tournament.

"We definitely have something to build on," said junior forward Yancy Gates after UC’s 69-58 loss to Connecticut late Saturday night. "We’ve got to just keep working and do what we’ve been doing."

Cincinnati program back on the map: Bill Koch

There was no question that this time UC showed UConn the real Bearcat basketball team that won 26 games this season and put the program back on the map. But it wasn’t quite enough, not with Kemba Walker, who scored 33 points, taking over the game every time the  Bearcats would threaten to the Huskies.

In the end, Walker was simply too much for the Bearcats to overcome in their 69-58 loss to UConn, which denied UC its first trip to the Sweet 16 since 2001. 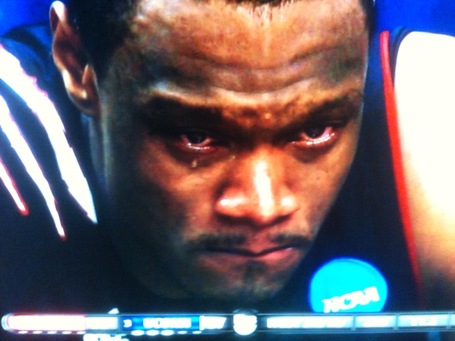