Welcome to a new feature here on Down The Drive, one where we check in on all our favorite former Bearcats and how they are progressing in the wide world of sport. This could be a weekly post, or a monthly one, I have no idea. If you like this lets us know. We will just see how this goes.

Jason Kelce Is Getting Paid

The Eagles have signed another one of their offensive lineman to a contract extension. According to ESPN's Adam Caplan, the team has signed center Jason Kelce to a 7 year contract extension worth $37.5 million and with $13 million in guaranteed money. Kelce had one year remaining on his rookie contract prior to the new deal.

Kelce has been a starter from day one with the Eagles and really came into his own last season in Chip Kelly's high octane spread and shred attack. Kelce for his part is, as the british would say, chuffed to bits to be staying in the City of Brotherly Love. One would hope that the financial security would free up Kelce to pursue his passions, like growing awesome facial hair, making funny faces, looking like a Game of Thrones character and riding on fire trucks with axes. In all seriousness I am really happy for Jason, we were in the same major in the College of Business and so had a lot of classes together. He didn't know me from adam, but was always willing to share a joke or shoot the shit to fill dead time. He is just a great dude.

Derek Wolfe Opens Up About Injury

Mile High Report has the scoop.

"I thought I was going to be able to come back. I thought I was going to play as soon as we hit the playoffs," Wolfe said. "I came back to practice, and just like, I couldn't even like... I mean everything was screwed up. It was really, really weird. A really weird and scary feeling. The doctors reassured me, 'Everything's going to be alright, you just need to rest.' I kept trying to push myself back out there and finally Greek (Broncos trainer Steve Antonopulos) was like, 'No. Stop. Just take a break. Go home, and don't even come around. Just go home and rest.' So I just kind of locked myself in the house and relaxed and tried not to watch any football really."

You have to hope that Wolfe can get back to being the guy that he was as a rookie. But spinal cord injuries are notoriously volatile. I just want Wolfe to be healthy, and playing the game if thats what he wants to do.

Mike Mickens Moving Up In The World

Congratulations to former Huber Heights Wayne and UC Bearcats DB Mike Mickens on getting the DB job at Bowling Green.

The last we heard from Mickens he was a graduate assistant with the Bearcats in 2011. Since then Mickens has been on the grind, he was at Indiana State in 2012, at Idaho last year and is now moving onto Bowling Green. If he has the chops I would love for him to come back home at some point. 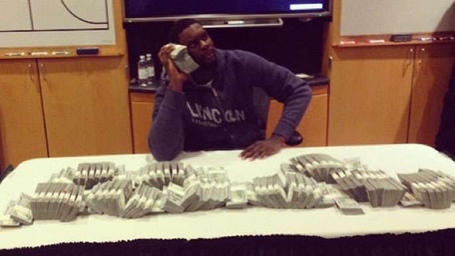