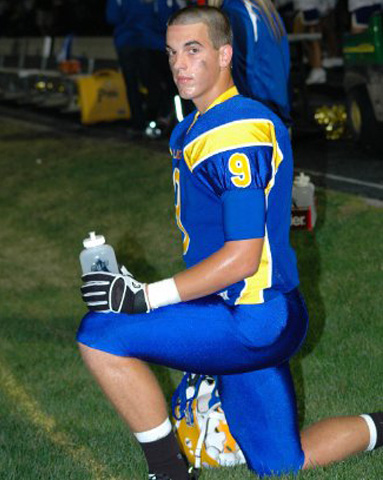 Butch Jones has needs for the class of 2013. One of those needs has already been addressed with the commitment of Massillon Quarterback Kyle Kempt. Another need is at Tight End. Travis Kelce and Demetrius Richardson are scholarship Seniors. The only member of the presumptive depth chart this season who will return in 2013 is Blake Annen.

Bransiel is a big target in the middle of the opposing defense. He stands 6'4" and weighs in at 225 pounds. The best attribute of his game though is the ability to stress opposing defenses. For the Lions he does play as a tradition TE to the strong side of the formation. But when they go to spread looks with four and five wides he is capible of splitting out wide to get one v one's with linebackers, which he wins with ease.

Bransiel did have a good offer sheet early in the process with offers from Missouri, Connecticut and a handful of MAC schools. The Missouri offer is what is most impressive to me. There isn't a school that has recruited and utilized the tight end position, particularly from spread looks, better than Pinkle and the Tigers. All in all another terrific get for this class early.