Share All sharing options for: Greg Blair, JUCO Linebacker Added To the 2011 Class 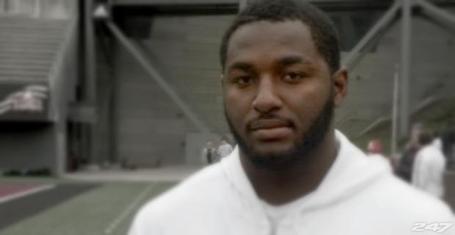 UC is still perilously thin at the linebacker postions. J.K. Schaffer and Malik Bomar are good to go for this season. But Solomon Tentman is still up in the air. He is scheduled to be fine, but we won't really know until August. Most ACL injuries take a year and he injured it a week into fall camp. As I wrote late last week Nick Temple and Dwight Jackson are both going to be counted on to provide depth. Both of those guys are outside linebackers by trade. That means there is still a big need for a middle linebacker. On my tentative defensive depth chart I have Tentman penciled in at the middle, but he isn't a sure fire thing, and the guys behind him are, quite frankly terrifying. So there is a need. Butch Jones recognized that and was active in trying to secure another linebacker to play this year. Greg Blair  is that guy. Blair is a solid true middle linebacker out of Scranton PA, Lackawana Community College to be precise. If the name and face are familiar to you, that is somewhat by design. 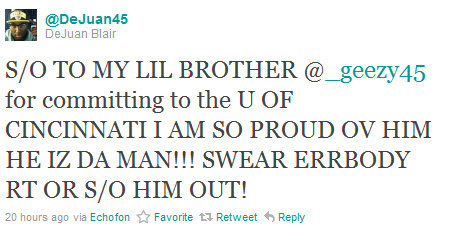