Share All sharing options for: John Hughes Selected With The 87th Pick in the 2012 NFL Draft By The Cleveland Browns 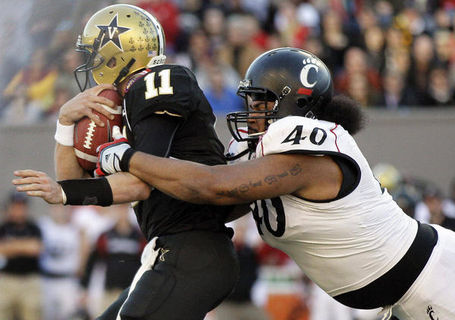 John Hughes is the third Bearcat to be selected on the second day of the NFL draft going to the Cleveland Browns with the 87th overall pick. I like this pick for two reasons. 1) I am a Browns fan and think that Hughes adds valuable depth to what has been a pretty thin position for the Browns. 2) John Hughes really blew up this year with a monster senior year. You have to be excited for the guy.