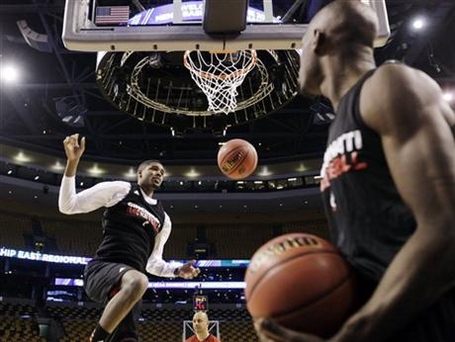 The main fact taken from the AP story.

The university said it is punishing Ellis even though no charges will be filed by police. A bouncer said he intervened in a confrontation between a Cincinnati basketball player and another patron at the bar and got hit.

The rule unwritten or not for Cincinnati Basketball players had to be crystal clear after the Xavier incident. Don't even put yourself in a position where what you do can even be construed in a negative light. Octavius failed to comply and his paying the price getting booted from the team, as is perfectly within Cronin's power to do so.

When the details started rolling out about this I started to suspect Ellis, particularly when the underage consumption came into play. Primarily because this isn't the first time Ellis has had a similar run in since coming to UC. The Xavier fight, and his role therein, were just the first signs that Ellis's transition to being a college athlete wasn't going all that well.

Ellis overcame alot to simply get to UC. If you don't know that story read this. To put it simply given what he has already had to go through in his life it isn't a shock that Ellis isn't well adjusted and that Cincinnati in general isn't an ideal environment. I hope that Ellis can get a change in environment and thrive somewhere else, it's hard not to.