Share All sharing options for: March 16th Jump Off

UC's NCAA tip off is roughly 27 hours from now, that is as I am typing this sentence, not as the sentence is published. Unfortunately I no longer live in the immediate vicinity of Cincinnati and as such I can't tell just how jacked everyone is to be back in the dance. I am pretty sure the answer to that question is pretty damn jacked, but I don't know. So based off my assumption of course I am going to go with sandstorm. Lets get to it.

Missouri will pressure, will Cincinnati: Cincinnati.com

There's no question that Missouri will press the University of Cincinnati in Thursday night in their first-round NCAA Tournament game at the Verizon Center in Washington.

But will UC press the Tigers?

Full-court pressure is an integral part of Missouri's "Fastest 40 Minutes in Basketball" approach. The Tigers have forced 18.2 turnovers per game and average 9.8 steals, which ranks second nationally.

As you could expect I have my own opinion on this question. The short answer to which is yes, but as well all know UC presses for a very specific reason, to make the game glacial in nature. I have more on this in a post that will be going live tomorrow morning.

"If you start laying out how bad it is, how are you going to go recruit?" Cronin said. "You've already got certain people who used to work here and don't want you to win telling people how bad it is in the circles of basketball, to AAU coaches and high school coaches.

"So I've got to lay out that everything's OK and we're going to get it done. I was being killed from the undercurrent of other coaches of how bad it was. It was already near impossible to recruit."

That is an interesting little statement don't you think?

What if Stephenson stayed: Bill Koch

"My staff thought we needed some guys," Cronin said. "I told our guys we do not need anybody else. What we need to do is get our minds right and become a real team. If we play smart and stay together, we’re going to be fine."

The short answer to the Stephenson question is that this team would be worse off. He would have retarded some of the growth that Cashmere has shown and Yancy Gates would have continued to be anonymous like he was for large stretches of his career to date.

"Matching or doing better than the other team on the glass, because that’s been one of our weaknesses all year," Ratliffe said. "Especially when we’ve played against big, physical teams like Cincinnati."

But a commitment to rebounding can also come at a price. Missouri has been in games this season where its two best big men, Ratliffe and junior forward Laurence Bowers have had to spend time on the bench after falling into the foul trouble.

I think that this is what makes this match up so compelling. For either team to win they are going to have to do something very well that they have struggled to do for most of the year. For Missouri they are going to have to gang rebound because of UC's size advantage with Yancy Gates and Co. For UC they will need to be uber efficient offensively in the half court, not a natural thing for this team.

1) The University of Cincinnati is a public state university originally founded in 1819. That's to say, Cincinnati College and the Medical College of Ohio -- two separate entities -- were both founded in 1819. The Medical College of Ohio was founded by Dr. Daniel Drake, a local benefactor most known for basically being rich. You know, like Stan Kroenke. Cincinnati College was funded by the Lytle Family, the original family of Cincinnati, and William Lytle served as its first president.

But the college only survived for six years, and in 1826, Cincinnati College was closed. Nine years later, who came to the rescue?

So imagine it like this: you go to a bar with a buddy and each get housed. I'm talking a $150 bar tab each. You both have a good time, and when you go to pay your tab, your buddy realizes, "Oh crap, I don't have any money!" So you cover your own tab, then cover your buddy's tab.

Best Case: Back in the tourney for the first time since 2005, the Bearcats make the most of it with a run to the regional final. Athletic, physical and balanced team gets on the offensive glass and defends with vigor to knock out Missouri, avenge a February loss to Connecticut and take down San Diego State. Players toss bantam weight coach, Mick Cronin, in the air after upset of the Aztecs. Regional final loss to Duke is taken well by Cincinnati fans, especially in combination with first-round flameout by Xavier and Sweet 16 loss by Ohio State.

Worst Case:: Caught up in a close game with Missouri, Bearcats big men Yancy Gates and Ibrahima Thomas take turns bricking free throws, and Cincinnati loses by a point. Cincy fans turn on Cronin for his career-long failure to win in the Big Dance, while Xavier makes a deep run and Ohio State wins the national title. As an added bonus after West Virginia upsets Kentucky again, Cincy fans send a little more hate mail to SUNY-Binghamton president Nancy Zimpher for firing Huggins during her stint at UC.

I would love the best case, but less than that would be fine. I would even be happy with the medium case of going 1-1 in the tourney. The worst case would really, really suck.

His 75 catches tied for the sixth-most in Big East history, and he went more than 2,000 yards for his career despite only really playing for two seasons. Binns won't wow you with his 40 times, but he's tall -- 6-foot-3 -- runs smart routes and is sure-handed. And surely one of the best Big East players in 2010.

I am sure going to miss Armon Binns. He picked up right where Dominc "The Wizard" Goodman left off as the steady, reliable possession receiver. You have to think that either Kenbrell Thompkins or Dyjuan Lewis can continue the legacy.

In his lone start of the week, Johnson pitched a season-high seven innings against Cleveland State University on Sunday. The senior did not allow a run and struck out a season-best nine batters, while allowing just three hits in Cincinnati's 5-0 win over CSU.

Schnellengerger for the title: EDSBS 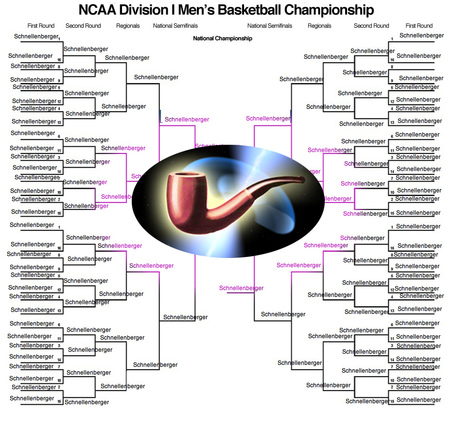 I think he had the 8 seed Schnellengerger from the West region scoring a major upset over 2 seeded Schnellenberger from the Southeast in a controversial ending that involved a donkey, three kilos of coke and a huka bar.

Almost as good as the Lego stuff from the world cup. Almost, it is very tough to beat this screen cap though. 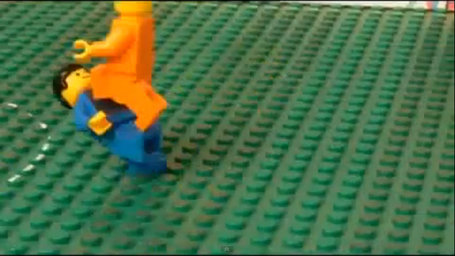 The astonishing discipline and drive Tyson once put into "the stern business of pugilism," to quote the boxer Jack Johnson, is now being channeled into the business of leading an ordinary, even humdrum existence. It is impossible not to wonder whether this effort can be sustained indefinitely, whether you can reshape the contours of a personality by a sheer act of will, but there is no doubt that Tyson has committed himself to a wholesale renovation. He spends some of his time involved in domestic activities, accompanying Kiki and Milan to classes at Gymboree and doctors’ appointments or running errands, and some of his time furthering his post-boxing career, doing autograph signings, conferring with his agent and publicist about new opportunities. Although he no longer gets lucrative endorsement deals, Tyson earns fees for personal appearances in America and "meet and greet" dinner tours in Europe. He made a brief but memorable cameo in the blockbuster film "The Hangover" and will play a bit part in "The Hangover Part II." He’s hoping to nab more acting roles — genuine ones, in which he gets to play someone other than himself. "I want to entertain people," he tells me, smiling broadly. "I want a Tony award."

A great look into the current life of one of the most eminently fascinating athletes of the last 30 years.