Derrick Ransom was the first in what has become a very nice tradition of having dominating defensive tackles who wear 95 in the Red and Black. He was the first, Terrill Byrd and Derek Wolfe have followed in the same path. Ransom was part of Rick Minter's first team at Cincinnati in 94 as a Freshman.

Ransom was also a part of one of the better classes in UC history in terms of producing NFL draft picks. Four other teammates wound up being drafted* alongside Ransom. D.R. ranks 10th in Cincinnati history with 15 sacks and holds numerous UC Bowl Game records from the 1997 Humanitarian Bowl against the Aggies of Utah State. 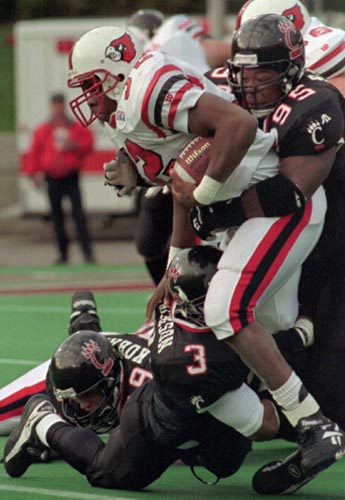