Champion was part of arguably the most accomplished line backing trio in UC history. Phillip Curry and Brad Jackson rank second and third on all the time tackle chart for the Bearcats and Champion is not far behind his old running mates either. Currently tied for 6th with Joe Olding with 351 stops in his four year career.

But it isn't just the production that puts Champion on this list. I place a lot of emphasis on those who took part in momentous occasions for the UC program, and Champion fits the bill. It's really hard to overlook those who played on the 1997 Bearcats because they broke the 47 year bowl drought and in doing so did more than their fair share to stabilize the program. To get it back on something close to solid ground. 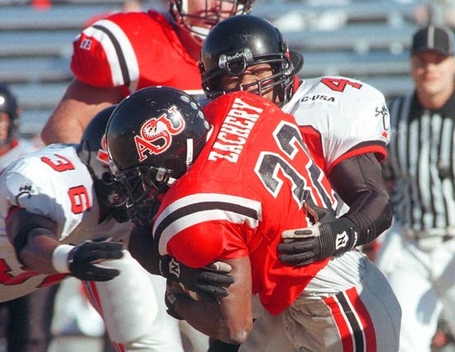