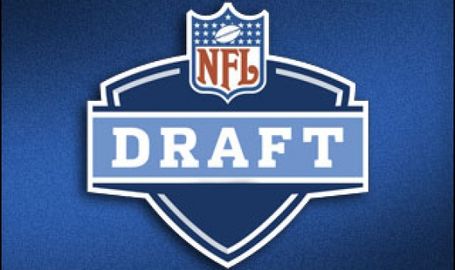 This is it. As I am sure you are well aware today is Draft Day. And the chance that the long Bearcat Nation(al) nightmare will come to an end. UC could very well have a first round selection for the third time in program history and the first time in 41 years. This promises to be a an active draft for the Bearcats. Derek Wolfe, Isaiah Pead and Adrien Robinson are all basically locks at this point. John Hughes and J.K. Schaffer are borderline late round guys, with Hughes being the most likely. The problem is that with the draft less than 24 hours away from the moment I am typing this there isn't any actual news. with that in mind lets fire up the news machine and see what happens.

Dan Wetzel has taken a Thor sized hammer to the notion that the Bowl games are not for profit entities. Let me say straight off that I am a fan of Bowl Games. A devoted, some would say obsessive, consumer of the content they create. I rather enjoy being able to sit down and watch a Football game every night for the week from about December 20th through the 1st each and every year. The Sugar Bowl trip is 1b on the list of best trips of my life. But the practices the Bowls use to squeeze every last drop of revenue from the schools are abhorrent to me.

The practice that Wetzel leads with is that of charging the University full price for every ticket for anyone associated with the team traveling to the game. Yes that does indeed include players and coaches arranging for tickets for their friends and family. For LSU last year the Bill for tickets for everyone from the band to Les Miles family ran to 526,924.

The relevance for all this is that the naked profiteering of the Bowl games puts the East India Trading company to shame,* and the end result could very well be cutting the Bowl Games out of the loop of the new arrangement being hammered out now in South Florida by the University Presidents, Conference Commissioners, Television Reps (read: ESPN) and Athletic Directors. The exorbitant cost of simply attending big money Bowl Games is pushing the decision makers away from including them in the loop. They are even considering bidding out the semi finals and/or finals of the expectant plus 1 system.

Derek Wolfe got the hometown treatment on Draft Day eve...Adrien Robinson is a name that sticks out with the Giants...the noxious Mike Mayock has his final top 100 draft prospects. Isaiah Pead is the only Bearcats, at 77...ESPN's gameday commercial contest is an EPIC fail...John Chavis got a raise for over a million dollars a year to be DC at LSU. Which is more than all of UC's coordinators make combined, oh to have money...Texas Tech safety Austin Stewart was hit by a bus and wasn't injured....in related news Austin Stewart joins the list of people I would never like to meet in a dark alley...Joel Ward's heroic game winner served up a healthy reminder of just why ignorant people + twitter = bad things (NSFW)...Watch this insanely lucky shot...lets all laugh at Chris Mack