The first game notes of the 2012 season are out. And with those notes comes the depth chart and it is not without surprises. Munchie Legaux drawing the start is old news at this point. We all knew that was happening but there are some other interesting nuggets in there.

As ever the full depth chart is available after the jump in pictorial form. What sticks out to you in terms of players included and perhaps more interestingly excluded from the two deep? 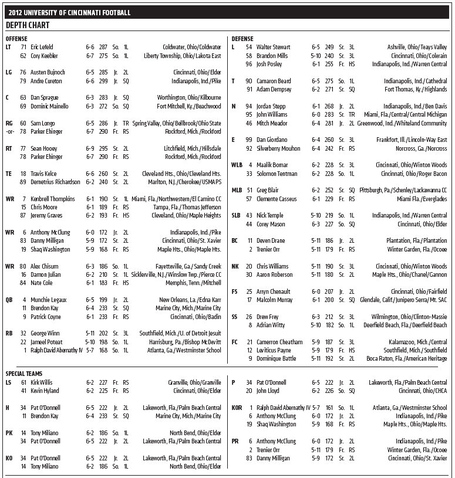