Rolling Through The Roster | 15 Jermaine Sanders

Share All sharing options for: Rolling Through The Roster | 15 Jermaine Sanders 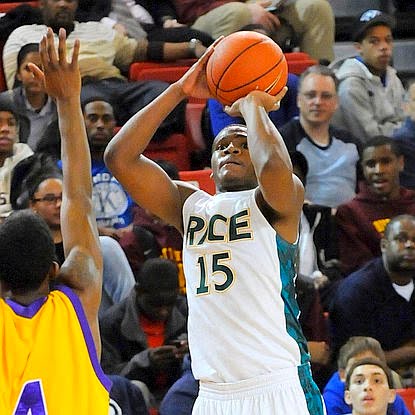 Sanders is one of two New York area natives joining the Bearcats this year, the other being Shaquille Thomas, Sanders hails from Queens but played for the now closed Rice High School in Harlem. Bearcats should remember Rice at the very least as Kenny Satterfield's Alma Mater. Sanders averaged 18.1 points for Rice last year on his way to receiving Manhattan Player of the Year honors from the New York Post. Sanders has a fairly unique game because he can score in a lot of different ways. He is a very efficient shooter, and that is how he will get the majority of his points. But he is also effective slashing to the paint and has the ability to finish from somewhat awkward angles in traffic.

Sanders will more than likely to be counted on to provide scoring punch to the second unit. His game and his body type translate very well into the Big East. But UC is in a position to spring Sanders on unsuspecting opponents. I am not entirely sure how proficient he is on defense, but I know that he is an excellent rebounder.  Sanders might just become Sean Kilpatrick 2.0, sans red shirt.